Home Gay Life LGBTI and want to start a family? What you need to know... 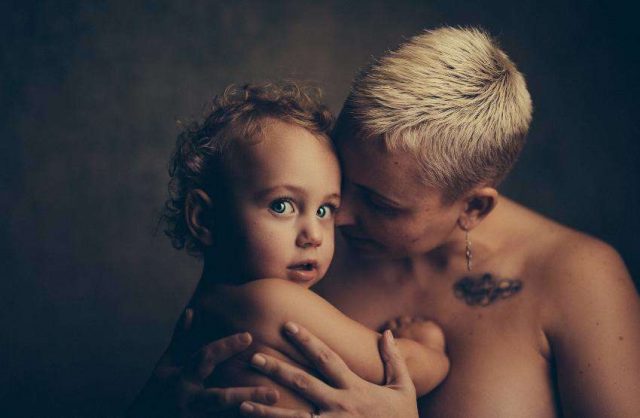 That increase in LGBTI couples wanting to start families is not just restricted to lesbian and bisexual women.

But despite these increases knowing how to get started on fertility treatments can be daunting.

‘I think the main concerns for LGBTI couples are relatively similar to other couples we see,’  Dr James Nicopoullos told Gay Star News.

Nicopoullos is the Clinical Director at which is one of the country’s biggest fertility clinics.

He said the first questions LGBTI couples come to him with are about the nuts and bolts of fertility and having children.

‘With all couples they want to know “what are my chances, when is it going to be too late, when should I start trying?”,’ Nicopoullos said.

‘But another key thing is “how do we do this?” because both partners are able to provide their eggs and both partners can be keen to go through a birthing experience.

‘It’s important that we give them as much information to know where to start.’

He said one of the most difficult decisions is knowing what donor to use.

Since 1988, the Lister Fertility Clinic has helped couples get pregnant and Nicopoullos credits their success rate to not only experience and expertise but by helping prepare their patients as much as possible.

‘The particular treatment for any particular couple or a single woman will depend on various factors such as social circumstance, age, egg reserves,’ he said.

The person carrying the pregnancy will take a number of medical tests – scans and a blood test to assess egg reserve. Then based on that the clinic with patient ‘will make some decisions’.

Usually, doctors will either recommend ovulation induction (IUI) or in vitro fertilization (IVF).

IUI is when fertility drugs are administered after the onset of menstruation to help to stimulate normal follicle development.

IVF is a technique where the egg is removed from a person’s ovaries and fertilized with sperm in a laboratory. The fertilized egg, called an embryo, is then returned to the person’s womb to grow and develop.

In terms of which of those to choose, there’s no ‘absolute right or wrong’ according to Nicopoullos.

But once that decision is made, things happen quite quickly.

‘Once you come and see us… if someone’s cycle was to start a week or two later we can start treatment,’ Nicopoullos said.

‘The only time constraints are getting the tests done and sourcing the donor sperm.’

Some of Nicopoullos’ key advice for couples wanting to start fertility relates mostly to age.

‘What I would say is, age is important but natural fertility, treatment success, is relatively consistent until around 35,’ he said.

‘It begins to drop slowly from 35 to 37 and then drops quickly thereafter. So people approaching their mid-30s need to start thinking about their fertility, maybe getting their egg reserves tested.

‘If they know they’re in a great relationship and want kids in four or five years, then think about think about getting egg or embryo freezing.’

He said people should not get to the ‘age of 41 or 42 and then their chances are relatively slim’.

Aside from medical advice, Nicopoullos advised couples to find a fertility where they feel most comfortable.

‘I think a lot of clinics will offer you a good success rate, and I think it’s important for any couple or individual goes to a clinic’s open days and gets a feel for the place,’ he said.