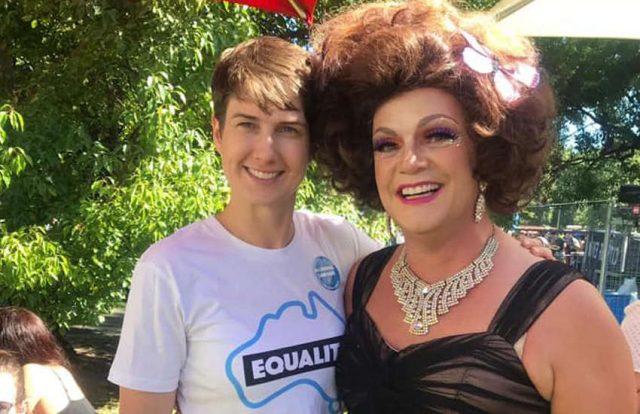 Activist Ivan Hinton-Teoh was awarded the Medal of the Order of Australia.

Hinton-Teoh was the deputy director of Australian Marriage Equality, which battled for .

As Director of Legal Advocacy at the Human Rights Law Centre and co-chair of the Equality Campaign Brown campaigned for equal marriage in Australia.

Queen Elizabeth II established the Order of Australia in 1975. Until then, Australian citizens received British honors.

Actors Eric Bana, Hugh Jackman and Sigrid Thornton were some of the names among a host of celebrities.

Actress Olivia Colman and lesbian author Sarah Waters were among