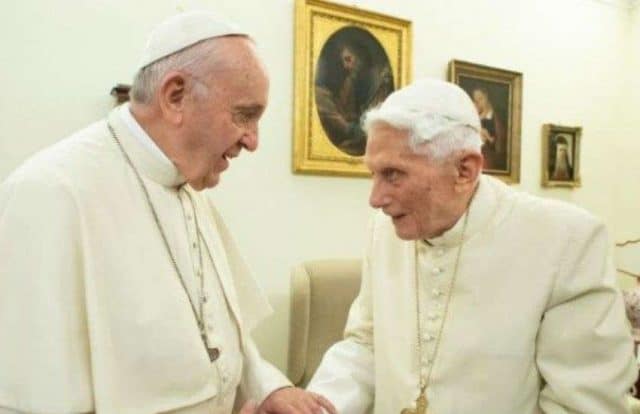 LGBTI groups around the world have spoken out against the Vatican’s position on gender identity. The Vatican is the headquarters and governing body of the Roman Catholic Church.

On Monday (10 June) the released a 31 page long guidance on gender identity.

‘Too often LGBTIQ people have been, and continue to be, subjected to violence and persecution, harmful and ineffective “conversion therapies”, and have their very basic human rights denied in the name of religion, so-called morality, or other traditional religious values, inciting acts of violence and hate towards LGBTIQ people,’ said Jessica Stern, executive director of OutRight Action International.

The Vatican’s release of the guidance coincided with Pride month celebrated around the world.

‘The timing of this move by the Vatican, amid Pride month, when LGBTIQ movements around the world celebrate progress and our resilience is despicable. This document is the antithesis of Pride. It perpetuates misinformation, and fuels hate,’ Stern said.

The Transgender Equality Network Ireland (TENI) said the guidance ‘ignores the real and legitimate experiences of young trans people and their families’.

‘Grounded in what appears to be a fundamental misstating of what it means to be transgender or intersex,’ said TENI chair,Sara R. Phillips.

‘The document provides little by way of practical information for schools and families, many of whom are already working successfully and in collaboration with representative organisations such as TENI and BeLongTo, to create safe, supportive and welcoming learning environments for trans and gender variant young people to grow and flourish in education.”

Phillips said TENI were disappointed both with ‘tone and timing of the release of this document’.

‘Unfortunately, the rhetoric we see in this document, including references to gender theory as aiming to “annihilate the concept of nature”, is consistent with previous inflammatory statements from this papacy, which has compared the impact of so called “gender theory” with the destruction caused by nuclear arms,’ she said.