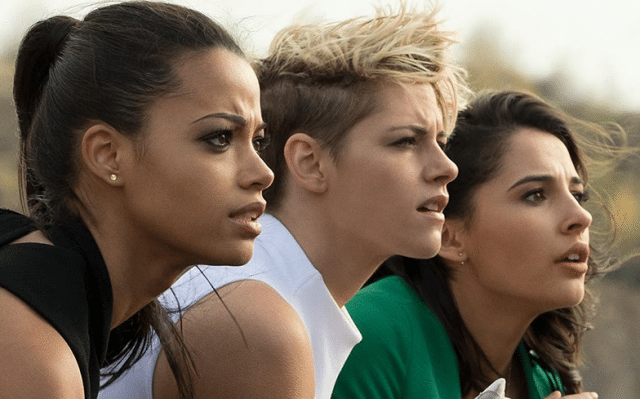 The first trailer for the upcoming reboot of Charlie’s Angels has been unveiled and it features the highly-anticipated collaboration between pop kweens Ariana Grande, Miley Cyrus and Lana Del Rey.

Aptly titled ‘Angels’, the song sounds like it’ll be another massive empowering pop anthem, much like Independent Women Part 1 by Destiny’s Child, the official single of the original reboot film back in 2000.

The trailer also showcases the new Angels – played by Kristen Stewart, Naomi Scott and Ella Balinska – as they put their lives on their line to save the world from a young systems engineer with dangerous technology.

It will be released worldwide on 15 November – watch the action-packed trailer below.

The 2019 adaptation is the newest entry in the Charlie’s Angels franchise.

The original television series aired from 1976-1981 and followed the crime-fighting adventures of three women working in a private detective agency in Los Angeles, California. It starred Farrah Fawcett, Kate Jackson and Jaclyn Smith.

It received a 2000 reboot slash spin-off film in 2000 starring Cameron Diaz, Lucy Liu and Drew Barrymore. The film was a huge box office hit, grossing over $264 million worldwide, and spawned a sequel to similar success.

A reboot series was then commissioned in 2011 but failed to make an impact, and was subsequently cancelled after the fourth episode.