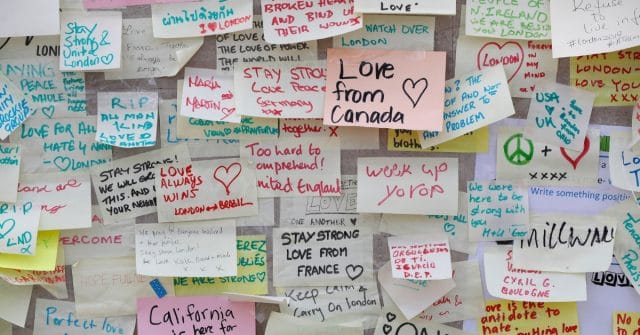 Rachid Redouane, one of the London Bridge attackers, was worried that music channels would turn his baby girl gay, an inquest heard on Wednesday (June 5).

Redouane—one of three men behind the attack in June 2017—became increasingly extreme and last visited his daughter the day before the attack, Redouane’s former wife Charisse O’Leary told the inquest at The Old Bailey, according to The Independent.

O’Leary said Redouane had asked her to stop watching certain music channels in front of their daughter “because if there were gay people on there he would say it would turn her gay” and he disapproved of the clothes worn by women.

Redouane said he would have “ideally liked” for his wife to convert to Islam, she said, but O’Leary told him “it was never going to happen.”

Another of the attackers, Khuram Butt, was known to police as an associate of banned anti-LGBT extremist group al-Muhajiroun.

A prominent member of the group, Anjem Choudary, once preached that those found guilty of “sodomy” should be stoned to death under Sharia law.

The inquest into the victims’ deaths will be followed by a separate inquest heard by a jury into the deaths of the three attackers.

Mayor of London Sadiq Khan said at a memorial service at Southwark Cathedral, according to the BBC: “Two years have passed, but today is no less difficult.

“Londoners responded by standing united in defiance – and that’s why those who seek to divide and destroy our way of life will never succeed.

“We have, and always will, stand united against terrorism.”