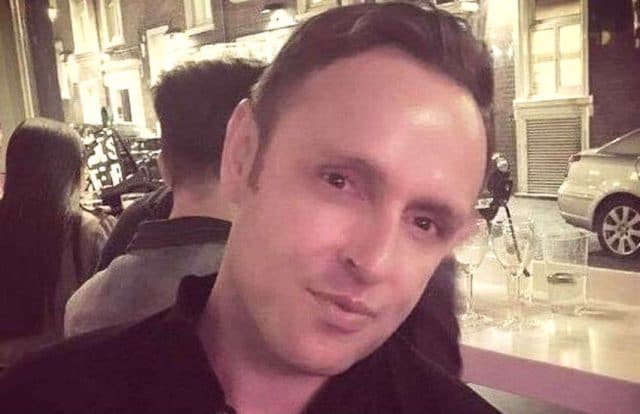 A teen girl and a man have been arrested after two gay men were ‘drugged, robbed and raped’ in London.

One of those men was also killed.

The body of Adrian Murphy, 43, was found in a block of flats in Battersea, south-west London, on 4 June.

Murphy, who had been talking to a stranger on Grindr, is believed to have invited him to his home.

Police were called by the London Ambulance Service at 6.38pm after the body was found. Officers attended and he was pronounced dead at the scene.

A post-mortem examination at St George’s Hospital failed to determine a cause of death.

The man’s laptops, mobile phones, a wallet and cash were also stolen.

A 24-year-old man was arrested on 12 June on suspicion of murder, rape and theft.

A 17-year-old girl was also arrested on 12 June on suspicion of murder and theft.

The man was bailed to attend a police station at a later date and the girl was released under investigation.

DCI Pack, : ‘We have linked these two incidents through our suspects and our enquiries continue to establish the exact circumstances.

‘We know the victim in the Walthamstow incident met the male suspect through a social networking site and we are investigating whether there is a similar connection in Mr Murphy’s death [in Battersea].

‘Both incidents happened over a short period of time and thorough enquiries have led us to make these prompt arrests. However, there is a possibility other offences may have been committed before 30 May.

‘Has anything similar happened to you, or someone you know? A meeting arranged online that has led to intoxication, robbery and possibly sexual assault. Please have the confidence to approach my team so we can investigate what happened to you. You can also contact third party organisations such as the charity Galop. You will be taken seriously and treated with sensitivity.

‘I would also be keen to talk to anyone who saw anything suspicious on the afternoon of 4 June around Lombard Road, anything that looked out of place.”

Murphy, originally from Kilkenny, Ireland, worked as a professional dancer.

Brother Frank wrote Murphy died ‘unexpectedly’ at home. He wrote a poem, saying: ‘I am thinking of you looking at the Stars. The colours that you wore of gay with Pride.

‘Influenced not by those who Disapproved. Your life a Whirlwind of the brightest Rainbow.’

Another friend described him as a ‘genuinely great person’.

‘Your silly stories would make the grumpiest person in the world laugh, I’m devastated,’ they also said.