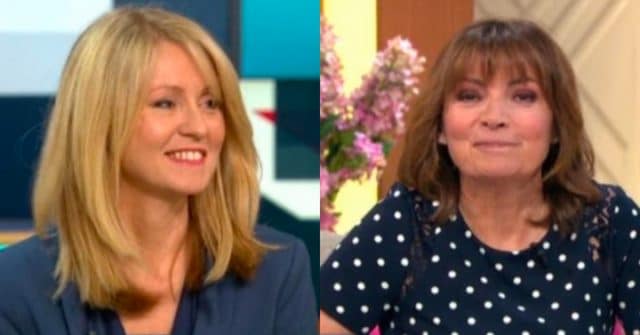 Kelly said that she was “baffled” by suggestions that there was a rift between her and the Conservative party leadership candidate, despite having disregarded her live on air.

Explaining the situation to Good Morning Britain on Tuesday (June 11), Kelly said: “I got sick to the back teeth of the whole toxic, political atmosphere.

“I strongly disagree with [McVey] on LGBT rights, and I just felt like I’ve had enough of this, we’ve had two-and-a-half years of going round in circles over Brexit and now we’ve got people at each other’s throats and its got to stop.”

McVey was speaking to Good Morning Britain hosts Piers Morgan and Susanna Reid on Monday (June 11) when they cut across to Kelly.

Morgan asked Kelly: “Do you remember Esther McVey from your GMTV days?” to which she replied: “Yep, yes I do,” before moving swiftly on to a series of links.

<p dir=«ltr» lang=«en» xml:lang=«en»>In a rare but real moment of anger, Lorraine reveals she is ‘sick to the back teeth of the whole toxic political atmosphere’ and ‘strongly disagrees’ with McVey’s stance on LGBT rights pic.twitter.com/YoHHeDYofz

Morgan refused to relent, asking Kelly whether she “got on with Esther,” who she appeared with on ITV’s daytime line-up in the 1990s.

.A few hours later, McVey was asked what had caused the apparent rift during a press conference.

Speaking on Tuesday, Kelly said: “I’m baffled by that though because I had my own show from 1992 and I don’t actually think she joined until five years later.

“As far as sharing dressing rooms go, it wasn’t really like that. It was just a little room that everybody shared, that we went in and we got ready in.”

McVey is one of 10 Conservative MPs vying to become party leader and consequently Prime Minster.

The former work and pensions secretary’s campaign got off to a troubled start on May 30, when she said that parents should be able to remove their children from LGBT-inclusive relationship lessons.

“I believe parents know best for their children,” she told Sky News.

McVey was strongly criticised by Tory and Labour MPs, but she doubled down on her words a week later in an LBC interview.