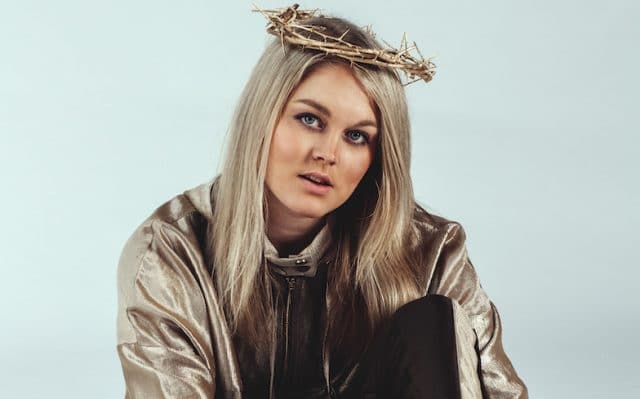 Lucy Whittaker is slowly making her mark on the music industry. And we should add, she’s making her mark as an artist who happens to be gay – not a ‘gay artist’, something Lucy wants to make very clear. “When we talk about Ariana, we don’t say she’s a ‘straight artist’,” she says adamantly. “I don’t want to be defined by my sexuality, I want to make that clear.”

Since 2015, the London-based performer has released critically-acclaimed pop anthems such as Change Your Mind, Curious and I’m Not Ever Coming Back, but it’s her latest track, Miracle, that stands as her best offering yet. In celebration of its release, we caught up with Lucy and discussed her inspirations and why it’s important for her to use female pronouns in her music.

Your new single Miracle is quite personal – where did the inspiration come from?
I was in Berlin on a writing camp and I got a call saying my dad had fallen off a cliff, which you can imagine was a bit of a shock. It sparked all these weird emotions in me, as an event like that would, and it got me thinking about certain points in my life. I decided to write the track about a bad situation that I couldn’t do anything about, and I really like this religious idea of submitting to a higher power and giving yourself to God. But lyrically it speaks about being with someone who is not right for you and being in a bad situation that needs sorting out.

Do you find writing about your personal experiences therapeutic?
Yes, it’s quite cathartic actually. It’s something I’ve properly started getting into within the last year, because creatively I was just writing about random bits and bobs, like ‘Ooh, I’m going to write a song about being in love!’ That’s great, but I think taking certain points in my life – good or bad moments – is actually so helpful. Lots of stuff has happened to me within the past six months so being able to write about it and creating something good out of it is really nice.

You use female pronouns in your songs – is this important for you to do?
It was something I was really nervous about doing. Then with Curious, I was like, ‘You know what? I’m going to be myself because I’m not trying to hide anything, so I’m just going to say it.’ I think the greatest thing about Curious is that it’s kind of a story, but it’s also very personal to me. By using the pronouns, I wanted to represent people from our community and represent myself, and just be bold about it. I’m not trying to shy away from anything, I was just wanted it to be put out there and be like, ‘Yeah, cool. This is me. This is my situation. There you go!’

Did the girl in question respond to the track?
Well… how do I put this? I’m very friendly with everyone I’ve been involved with, so I do keep in touch with many lovely people!

Was it important for you to enter the industry out-and-proud?
For me, I started releasing music when I was around 18. At that point, it wasn’t necessarily a massive thing for me because the video featured LGBTQ people. Over time, I think it’s become more obvious. Being myself is the most natural thing, and I think it’s not necessarily about being LGBTQ because there is loads of different parts to me. This just happens to be a significant part. I would call myself a ‘gay artist’ but an artist who is gay. I think it’s really important that that is recognised, because when we talk about Ariana, we don’t say she’s a ‘straight artist’. I don’t want to be defined by my sexuality, I want to make that clear. 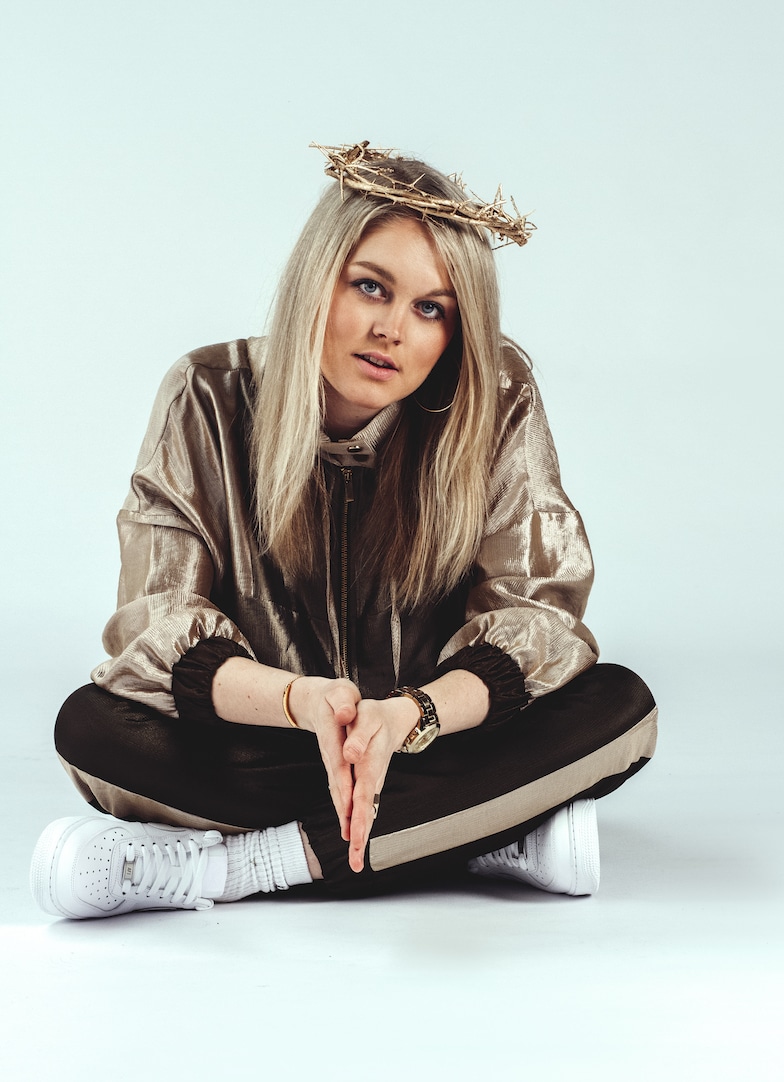 Queer females are have a massive moment in music at the moment – why do you think it’s happening now?
It potentially comes down to social media. There has been a real focus on sticking up for the girls and giving them a leg up to match the boys, so I think that’s why we’re seeing so many kick-ass queer females around at the moment. It’s awesome and I hope it inspires more LGBTQ women to get involved in the music industry.

Let’s throw it back: did you always want to be a singer?
Yes. I mean, I wanted to do musical theatre because I love musicals. I wrote my first song when I was 12 and then I realised that was more of what I wanted to do. I just loved music more than anything else. When I was 16 I set off on this crazy journey that is music, and here I am, still plodding along like a little donkey!

12 is quite young to write a song – what was it about?
It was when I realised I was gay, and the song is about the girl who made me realise. I was a really horrible and sad version of Curious. It was filled with a lot of 12-year-old angst. I mean, it was good? It was good fore a 12-year-old!

Who inspired you growing up?
I know everyone says this, but my mum. My parents are a massive inspiration to me. They always taught me that if I want something enough, I just need to get off my ass and work for it. In terms of music, I grew up listening to a real eclectic bunch of artists but the ones I loved the most were Lady Gaga, Michael Jackson, Queen and Rihanna. Gaga on a personal level, just because of all the LGBTQ activism she’s done.

What has been the hardest part of the industry for you so far?
The hardest part is keeping at it, because it’s a process. Over the past six months, that’s been the most difficult thing. I mean, I’m really lucky because I have a supportive family and great friends, and a great girlfriend, but there is always that fear of rejection. It is really tough, but when you get amazing moments where you receive radio play and added to playlists, it spurs you on to continue. If you maintain a positive mindset and surround yourself with the right people, you’ll be fine.

Final question: can we expect another EP or maybe a full-length album any time soon?
I have so many songs I could easy release another EP or album right now. My strategy is to release a few more singles, then in February next year, there might be an exciting surprise coming…