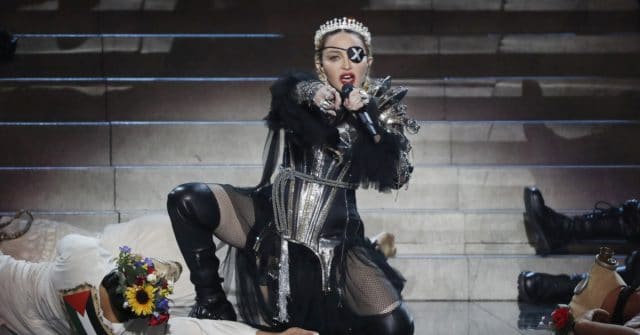 Madonna has compared the leaked release of her 13th album Rebel Heart to rape while promoting her latest effort, Madame X.

Madonna bought forward the release of Rebel Heart after more than a dozen demos leaked in December 2014.

Almost five years later, the singer has said that she “felt raped” when the songs made their way online.

“There are no words to describe how devastated I was,” she told The New York Times Magazine.

“It took me a while to recover, and put such a bad taste in my mouth I wasn’t really interested in making music.”

Rebel Heart was initially set to debut in April 2015. After the December leak, Madonna immediately released six songs before completing the set in March.

At the time, the iconoclast called the situation “artistic rape” and a “a form of terrorism” in a since-deleted Instagram post which attracted widespread criticism.

Early reviews have called the record “bold” and “bizarre,” with many making note of another troublesome reference to sexual assault.

According to The Guardian, the track ‘Killers Who Are Partying’ includes the lyric: “I’ll be Islam if Islam is hated. I’ll be Israel if they’re incarcerated. I’ll be Native Indian if the Indian has been taken. I’ll be a woman if she’s raped and her heart is breaking.”

Madonna has previously spoken about her own history of sexual assault, revealing that she was raped aged 19.

Speaking to US shock jock Howard Stern in 2015, she admitted that she never reported the attack to authorities.

“You’ve already been violated,” she said. “It’s just not worth it. It’s too much humiliation.”

According to the UK charity Rape Crisis, only 15 percent of sexual assault victims report such attacks to police.

Galop, the LGBT+ anti-violence charity, notes that “people who are sexually assaulted often ask themselves if it was their fault or whether they could have done something different to prevent being assaulted.”

“Consent has to be freely given. If you are threatened or coerced into saying yes, then you are not giving your consent freely,” Galop says.

“If you are asleep, unconscious or so out of it that you can’t make a decision for yourself then you cannot consent.”

“Agreeing to meet up with someone via an app or stepping through the door into a sauna or chemsex party or chillout does not mean you are agreeing to whatever anyone else wants to do. You have to work it out as you go along. And the law says you can change your mind at any point.”

People who have experienced (or think they might have experienced) rape or sexual violence can call Rape Crisis on 0808 802 9999, or can contact Galop‘s national LGBT+ domestic abuse helpline on 0800 999 5428.