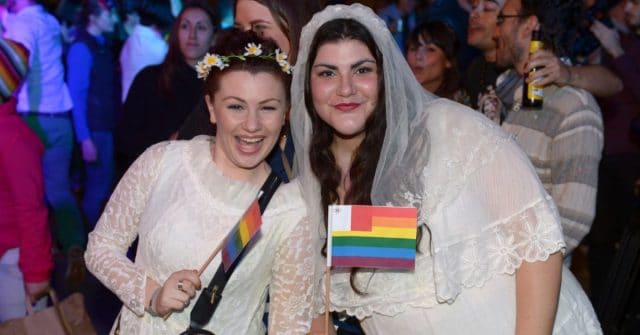 Malta has topped the Rainbow Europe list, which lists 49 countries based on their LGBT+ equality laws and policies, for the fourth year in a row.

“Consider Rainbow Europe to be your roadmap! We know what is needed and the formula for success is obvious: Laws and explicit policies matter. Political leadership matters. Add to this mix meaningful engagement with communities and civil society and you can make a real difference in the lives of LGBTI people,” said Darienne Flemington, co-chair of ILGA-Europe, the organisation which produces the list.

Malta scored 90 percent, with Belgium in second place with 73 percent. Having made recent progress in gender identity and LGBT+ parenting laws, Luxembourg climbed from 20th place in 2018 to third place this year.

The UK made the top 10 in ninth place with 62 percent, and at the bottom of the list was Azerbaijan, which scored only 3 percent.

Discrimination against LGBT+ people has been banned in Malta since 2004, and in 2016 it became the first EU country to ban conversion therapy.

In 2014, Malta became the first European state to add gender identity to its constitution as a protected category, and same-sex marriage and adoption are legal.

“The Maltese have a reputation for kindness and excellent hospitality, and this is absolutely reflected in how they welcome all travellers to the island, including the LGBT+ market,” said Peter Vella of the Malta Tourism Authority,according to The Independent.

“Malta holds a unique combination of traditional and historical culture with a contemporary and welcoming mindset towards LGBT+ travellers and our people continue to set an impressive example for other European countries to follow,” he continued.