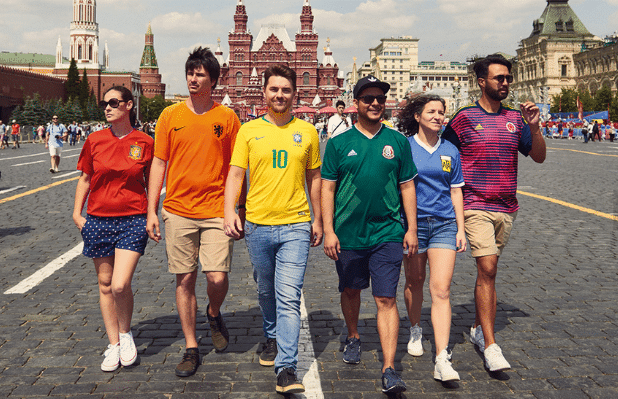 Exclusive: This LGBTI activist was interrogated in Russia for nearly a day without a lawyer, his belongings or a phone

A gay man who helped to hide the Pride flag in plain sight in Russia was detained for 16 hours.

Colombian Mateo Fernandez, who works in advertising in Paris, flew to Moscow on 29 June.

He met up with the five other activists. And from there, they took pictures traveling around the Russian city wearing football shirts from their native countries. The twist was they were displaying the rainbow flag. The pictures went viral internationally.

Russia bans ‘gay propaganda’, including the rainbow flag, in public.

Two days later, Mateo arrived at the airport to go home. He went four hours early knowing that customs would be ‘crazy’ due to the World Cup.

But he was detained there for 15 hours where he was interrogated on his actions while he was in Russia.

Detained in Russia after participating in plain sight LGBTI protest 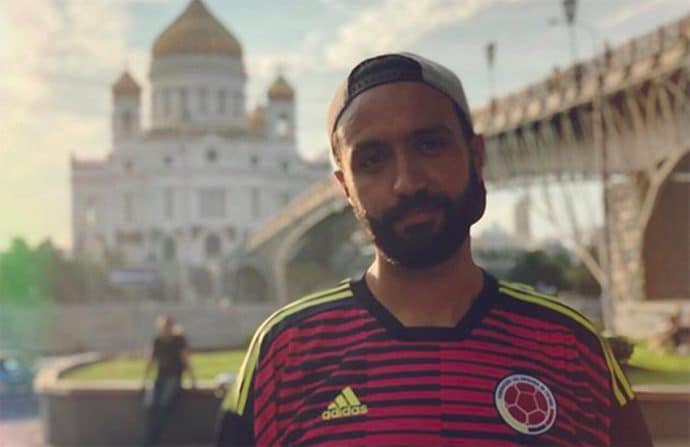 Speaking exclusively to Gay Star News, Mateo says officials did not offer a reason to why he was detained. He believes it could be because he is Colombian or because they found out he was engaging in a LGBTI rights movement.

‘We agreed if anything happened, we would just say we were friends from different countries touring Russia,’ he told GSN.

Officials confiscated Mateo’s phone, his belongings and he was kept in a tiny white room for nearly a day.

‘At first it was like, “don’t worry you’re not in trouble, we just want to ask a few questions”,’  he said. 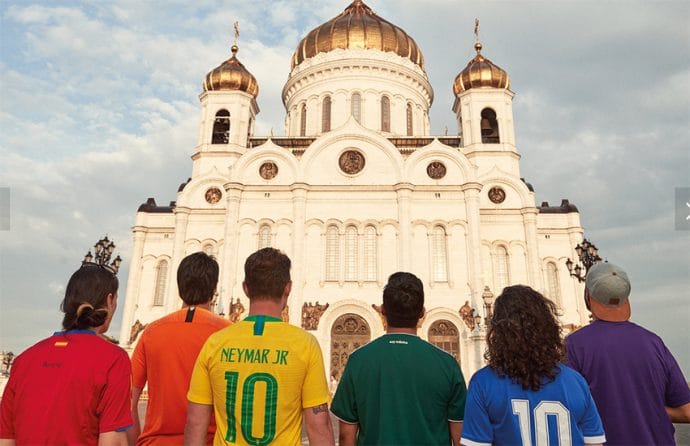 ‘They never told me why I was detained. They demanded to know why I was here. Over and over they asked. It was nerve-wracking.’

When his interrogators asked if he was there for the World Cup, he kept offering the same answer that he was just a tourist.

‘They either weren’t understanding,’ Mateo said, ‘or they weren’t happy with the answer.’ 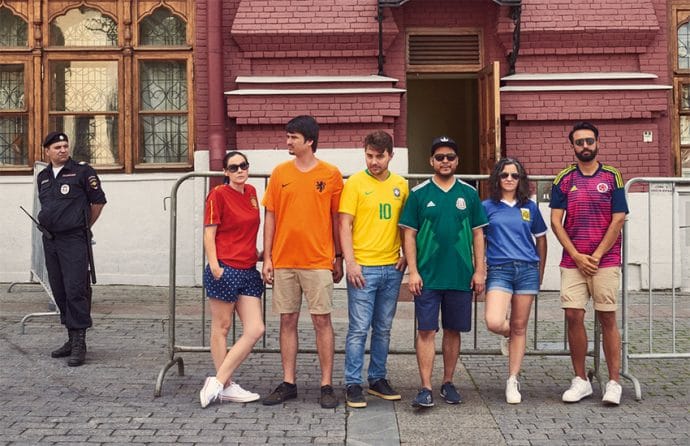 The 29-year-old said while it was ‘super scary’, one female official appeared to be ‘fighting for him’.

‘I thought they were locking me up there forever.’

By hour five, Mateo’s phone was returned. The agency who arranged the campaign went to go to the airport to try and free him, but Mateo believed it would only create more suspicion.  He promised they would keep in contact. 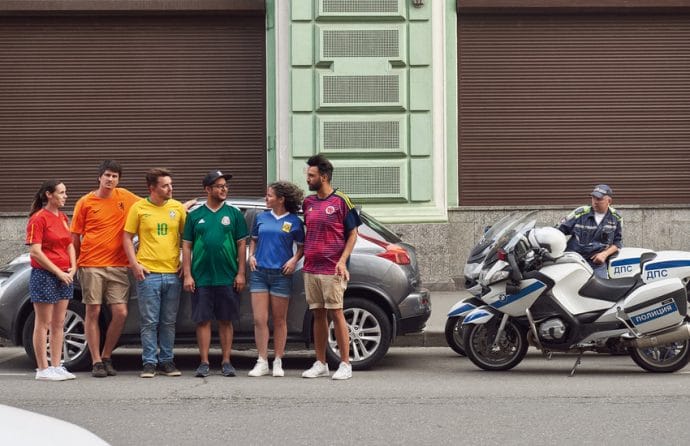 Finally, at 5am on the Monday, he was released. After missing two flights, he traveled to Amsterdam for a work commitment. In the Netherlands, he had a perfect welcome.

This was not Mateo’s first time being questioned at the airport. When he was younger, he had a bad experience going from Colombia to the US. He said, as a gay Colombian, he gets ‘randomly selected’ by officials more than most.

Two others involved in the Hidden Flag campaign, Eloi Pierozan Junior (Brazil) and Guillermo León (Mexico) confirmed to GSN everyone else was safe and traveled without issue. The campaign was only released when all seven had returned home.

‘It was completely worth it’ 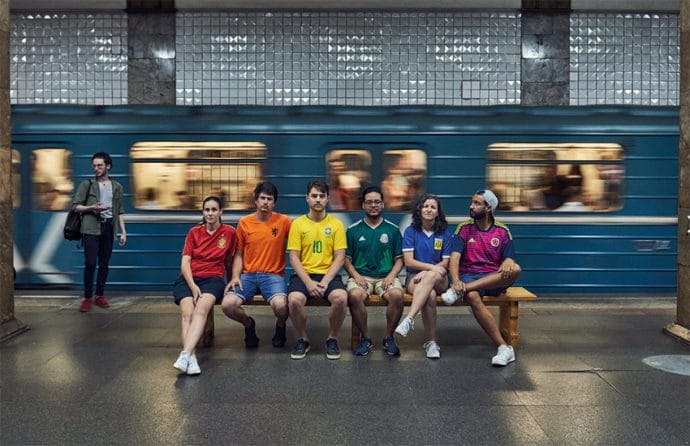 Mateo was asked to take part in the LGBTI plain sight campaign by his best friend, who worked at the agency that came up with the idea.

‘I’m not a feminine gay guy so I wasn’t scared at first, but it was very different when I got there,’ he said.

‘When we were doing it, I was scared shitless.’

Mateo said doing the campaign made him understand the homophobia and discrimination LGBTI Russians face.

‘Russian people have said to us they are very thankful we did this,’ he said. ‘Even if the pictures hadn’t got the press and attention it has, we have to do what we can to show people care.

‘This kind of repression is not only in Russia. It was completely worth it.’