Home Gay Life Marriage ‘no longer special’ if same-sex couples can do it too, says... 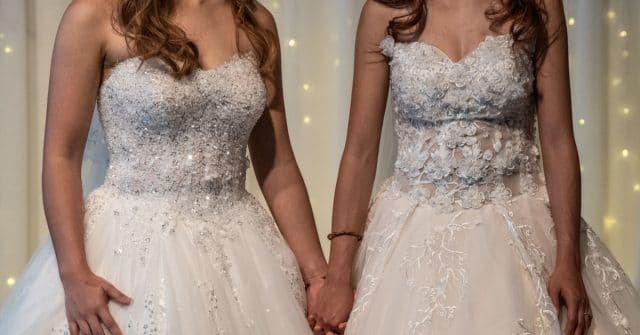 A Hong Kong government lawyer has said that marriage would be “no longer special” if same-sex couples were granted the same rights to wed one another as heterosexual couples are.

Following Taiwan’s ground-breaking legalisation of gay marriage on 24 May, a woman has taken legal action against the administration for denying her the right to enter into a civil partnership with her female partner.

Referred to in reports as MK, she claims the ban on same-sex unions within the city is “unconstitutional,” infringes on her rights and doesn’t accurately reflect its residents’ increasing support of marriage equality.

Gladys Li, MK’s attorney, said it was “now or never” for Hong Kong to lift the ban. In response to the lawsuit – which is being heard by the Court of First Instance – however, solicitor Stewart Wong defended the ban and argued that LGB+ couples being able to marry would “dilute” and “diminish” what the act itself means.

He continued: “Not all differences in treatment are unlawful. You are not supposed to treat unequal cases alike.”

Later, Wong stated that the current definition of marriage – presumably that it is between man and woman – “cannot be trumped.”

“To recognise an alternative form of same-sex relationships which we say is tantamount to a (marriage) is to undermine the traditional institution of marriage and the family constituted by such a marriage.”

Having only decriminalised homosexuality in 1991, Hong Kong does not acknowledge same-sex marriage or civil unions and religious conservatives and party leaders don’t seem particular concerned about rectifying that someday soon. Even Ricky Chu, the new head of Hong Kong’s Equal Opportunities Commission (EOC), described the push for equality as “impractical” and “a waste of resources” in a recent radio interview.

“If you ask the EOC to do something people have already said could never pass [the legislature], then why would we do it,” he proposed to pro-LGBTQ rights host Brian Leung. “My logic is based on realistic outcomes.”

Elsewhere, Marrz Balaoro, a transgender pastor has called for gay marriage to be legalised after he admitted to the Thomson Reuters Foundation that he has officiated ceremonies for LGBT+ couples in secret to avoid arrest.

“All we ask for is to be allowed to worship and practise our religious faith in the eyes of God, free from the threat of persecution,” he toldAgence France Press (AFP).