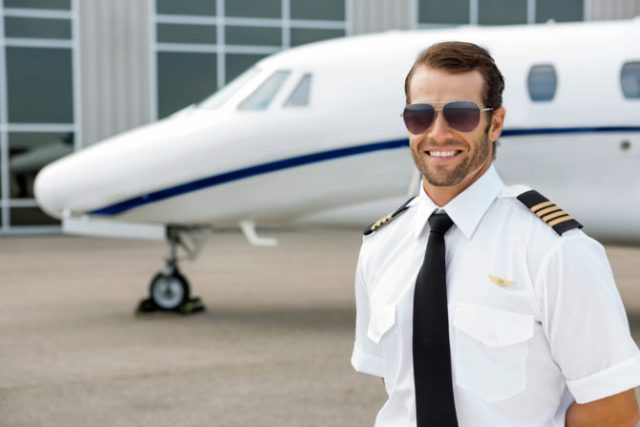 Morris connected with the 14-year-old boy called “Tom” on the hookup app back in December 2016. The two chatted for a while before Morris invited Tom over to his elderly parent’s house for a hookup in the wee hours of December 28.

Unbeknownst to Morris, however, Tom was actually Guardians of the North, a watchdog group that sets up fake online profiles to expose adults preying on minors. The group tipped off police, who showed up at Morris’ parent’s door to arrest him.

Shortly after his arrest, Morris was let go from his job at British Airways. A spokesperson for the company told media, “He no longer works for the airline and has not flown since his arrest in 2016.”

The 46-year-old appeared before a Newcastle Crown Court this week, where he denied grooming a minor for sex, saying he felt “foolish, embarrassed and ashamed” and confessing he had “betrayed his partner.”

He also testified that the online conversation was just “fantasy” and that he wasn’t paying close attention when Tom told him his age.

Morris told jurors he had used the Grindr dating app for around six years but would delete it and re-download it as he “didn’t want his husband finding out about it”.

He said he used the site for “sexual gratification” but that it was “pure fantasy” and he never had any intention of meeting anybody.

He said he must have “missed” the message where “Tom” told him he was 14, as he had been distracted by the other online activity.

“He wasn’t after a fantasy,” prosecutor Michael Bunch told the court. “He was after actual sexual contact with Tom.”

Meanwhile, Morris’ attorney argued his client is “not a pedophile” and has “no interest in children” and that he would never risk his “career, relationship, and reputation” by engaging in illegal behavior.

The jury, however, was not convinced. After just over three hours of deliberation, they issued a guilty verdict. Morris was ordered to register as a sex offender. A sentence hearing is scheduled for next month.