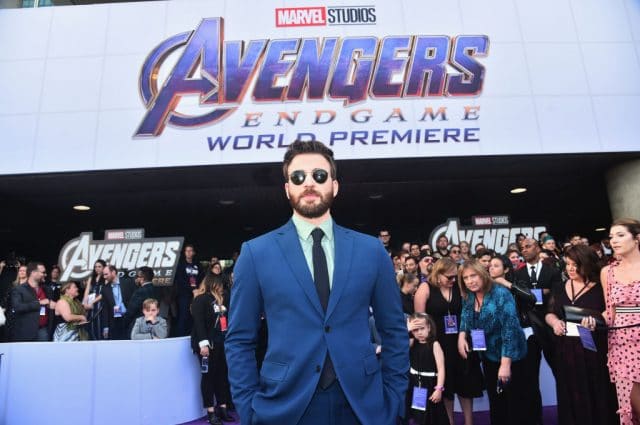 Marvel star Chris Evans has criticised those wanting to hold a “Straight Pride” in his hometown of Boston.

The actor, who plays the character Captain America, posted on Twitter that people wanting a permit for the event were “homophobic”.

“Wow! Cool initiative, fellas!!! Just a thought, instead of ‘Straight Pride’ parade, how about this: The ‘desperately trying to bury our own gay thoughts by being homophobic because no one taught us how to access our emotions as children’ parade? Whatta ya think? Too on the nose??” he tweeted.

“Instead of going immediately to anger (which is actually just fear of what you don’t understand) take a moment to search for empathy and growth.”

Many agreed with Evans’ sentiment, with one adding: Imagine getting poo-ed on by Captain America like this in front of millions of people!!! Go get em, Cap!”

<p dir=«ltr» lang=«en» xml:lang=«en»>Wow! Cool initiative, fellas!!! Just a thought, instead of ‘Straight Pride’ parade, how about this: The ‘desperately trying to bury our own gay thoughts by being homophobic because no one taught us how to access our emotions as children’ parade? Whatta ya think? Too on the nose?? https://t.co/gaBWtq2PaL

Others argued that while he made a strong point, the tweet could be misconstrued.

One social media user wrote: “Chris…no. Please don’t blame homophobia on people being secretly gay. This is a worn out old trope and it essentially blames gay people for our own problems. Love you, but no.”

However another disagreed: “I don’t think that was his overall intention. He meant that the fear of having non heterosexual thoughts cripples these straight men into homophobia because society hasn’t allowed/taught men to deal with their emotions properly. (not excusing homophobia, its 100% awful).”

However the group Super Happy Fun America, which “advocates on behalf of the straight community”, has announced it wants to host a “straight parade” in Boston on 31 August.

The group has applied to the city government to hold their march, and approval is currently pending.

Mark Sahady, vice president of the group, wrote in a Facebook post: “The city is now working with us on the parade. We will have the streets closed and be allowed floats and vehicles. The tentative date is 8/31 but will be finalised in the next few weeks.

“The proposed parade route is below. If you would like to come as an individual, march as a group, or bring a float or vehicle, then get in touch. This is our chance to have a patriotic parade in Boston as we celebrate straight pride.”

Boston Mayor Marty Walsh, a Democrat, did not address the issue in a statement.

“Every year Boston hosts our annual Pride Week, where our city comes together to celebrate the diversity, strength and acceptance of our LGBTQ community.”

“This is a special week that represents Boston’s values of love and inclusion, which are unwavering. I encourage everyone to join us in celebration this Saturday for the Pride Parade and in the fight for progress and equality for all.”