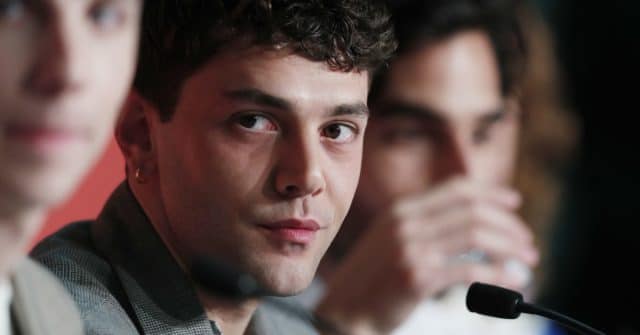 French-Canadian director Xavier Dolan isn’t too keen on his new film being described as “gay.”

During a press conference for his upcoming drama Matthias & Maxime at Cannes Film Festival on Wednesday, the 30-year-old voiced his frustrations over Hollywood putting movies with queer narratives into pigeonholes and how it’s rarely done with romances that depict a man and a woman falling for one another.

“This film is not gay, it’s life,” the I Killed My Mother filmmaker explained, as reported by Indiewire. “We never talk about heterosexual films. ‘Oh, I saw this great heterosexual love story.’ For me, it’s not a story of homosexuality or gay love.

“Ultimately, I don’t think that the two protagonists are aware that it is gay love. It’s love.”

Matthias & Maxime is Dolan’s eighth feature film and is in competition for the prestigious Palme d’Or at Cannes, as well as several other accolades. It tells the story of two lifelong friends who realise they have feelings for one another after they kiss while acting in a short film together.

Talking to the NY Times, Dolan detailed how “the movie is about toxic notions of masculinity we’ve been given by society” as well as exploring how younger generations seem to be more accepting than those that came before them and when that shift came about specifically.

“In this group, homosexuality is clearly not a problem for anyone, and no one seems shocked by the existence of that kiss. The only characters that are troubled by it are the lead characters, because how they see themselves [is] threatened by the kiss.

“The two characters are at a place where they might be young, but they’re not young enough to be part of this new generation that feels so much more freedom and independence from labels,” he continued. “When I graduated from high school, a guy kissing a guy was ‘gay’ and a guy kissing a girl was ‘straight.’

In the film, Dolan ® plays Maxime, a young man who realises he has feelings for a male friend after they kiss while appearing in a short film (Les Films Séville)

While he’s perhaps best known for writing and directing, Dolan – who identifies as gay and frequently focuses on LGBTQ+ characters in his work – plays Maxime, opposite Gabriel D’Almeida Freitas, in his latest picture. Earlier this year, he portrayed a young man struggling to come to terms with his sexuality in Joel Edgerton’s conversion therapy drama Boy Erased and in a few months time, he’ll be seen as ill-fated, gay character Adrian Mellon in horror sequel It Chapter Two.