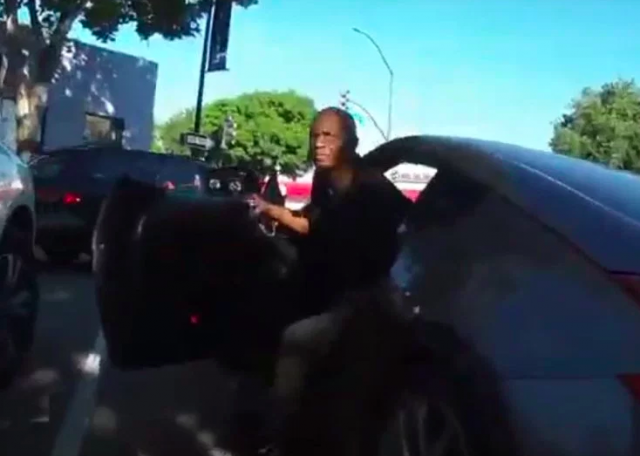 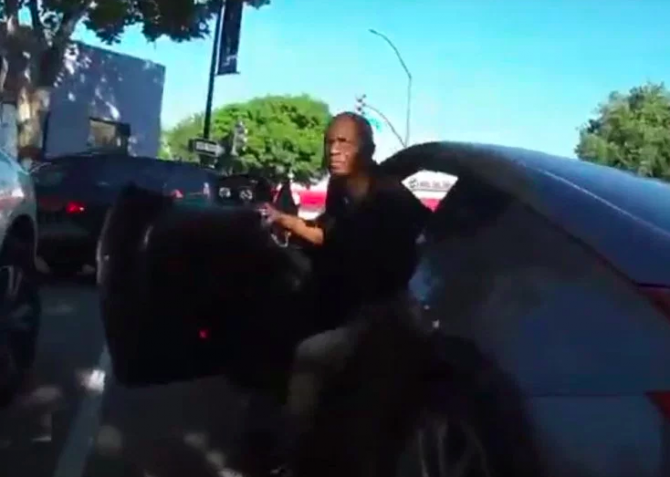 Ryan Thompsen was riding his bike home from work last Thursday in San Jose, California when the driver of a grey Nissan illegally blocked the bike lane.

When Thompsen stopped his bike to confront the man about it, the driver went off on a homophobic tirade. And the whole thing was caught on tape.

“That’s the bike lane,” Thompsen can be heard saying in the video, which appears to have been recorded from his helmet cam.

When Thompsen tells him to get out of the bike lane, the driver says, “F*ck you” then calls him an “Aryan” and an “asshole” before directing him to go a different way.

“What does that have to do with it?” Thompsen replies.

“All Aryans are f*gs, motherf*cker!” the driver says. “Am I wrong?”

A local CBS news station identified the driver as Cornelius Lopes, who confirmed to the station that it is, indeed, him in the video hurling homophobic slurs for seemingly no reason at Thompsen.

Lopes is a former city council candidate from Newark, California who is said to be running for mayor next year. He told reporters he was he was “exercising his right to free speech” and  “violated no laws” when he called Thompsen a “f*g.”

But this isn’t Lopes’ first run-in with a cyclist. The Mercury News reports: