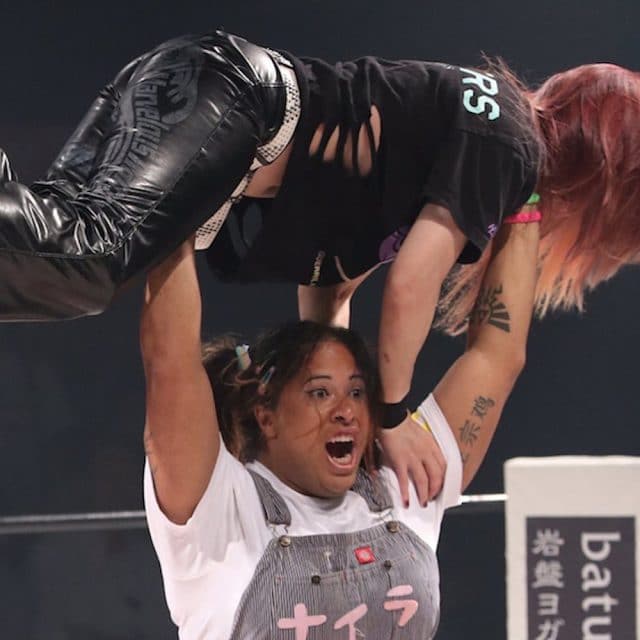 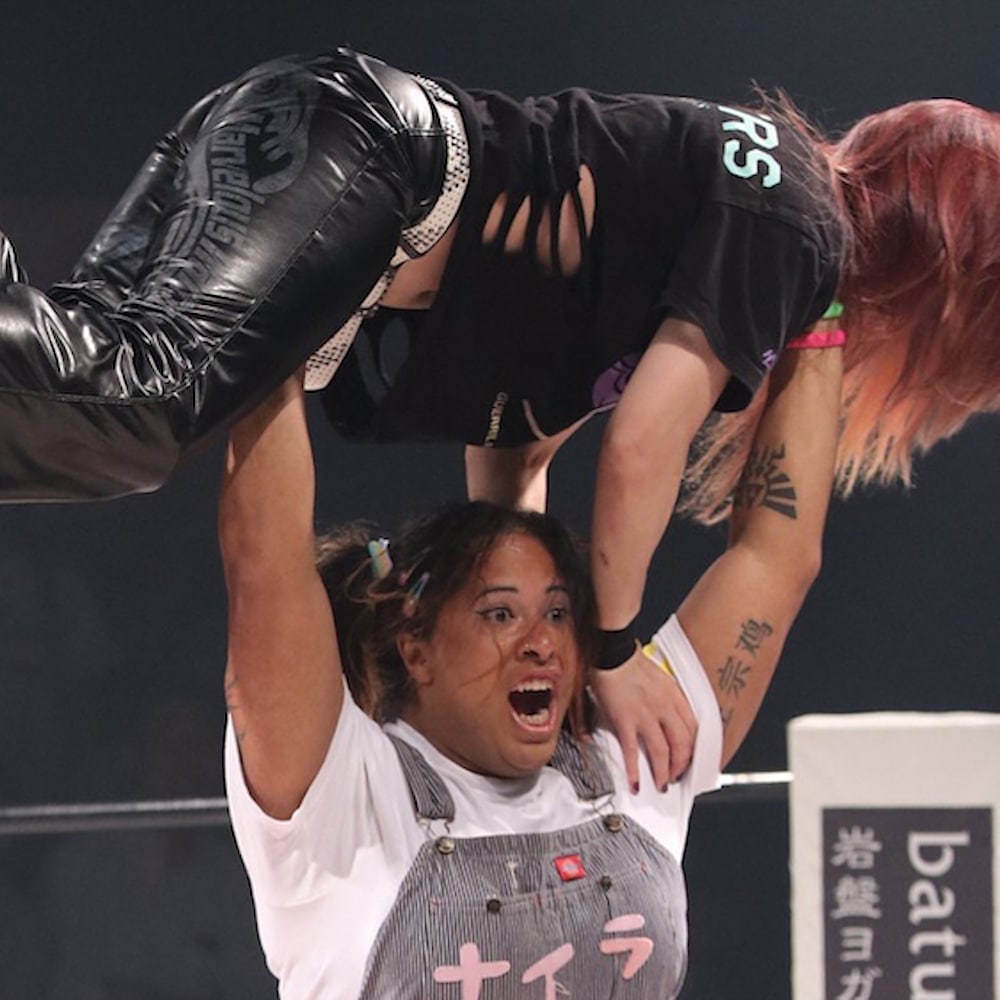 While pro-wrestling has long struggled with stereotyped characters and queerphobic storylines, the sport continues making strides towards greater acceptance and equality. Take Nyla Rose, for example. Not long ago, she became the first trans woman to sign with a major American professional wrestling promotion, and she’s merely the latest in a small group of out trans wrestlers.

In Japan, Rose is known as “the American Kaiju.” In America, she’s known as “the Barbie Breaker” and “the Native Beast.” She’s of the Native American Oneida tribe, has acted in the TV shows Tofu Pro Wrestling and The Switch, and this Saturday, she’ll be fighting at All Elite Wrestling’s (AEW) Double or Nothing event.

Outsports recently noted that when the AEW first signed Rose full-time, the company immediately let fans know that they wouldn’t stand for transphobia. In a tweet at the time, AEW chief brand officer Brandi Rhodes wrote:

Here are some pictures of Rose in action:

But it seems we have yet to see a high-profile trans male pro-wrestler. It’s entirely possible that one is already fighting in an accepting wrestling promotion like Matter of Pride wrestling. But we’ll have to keep watching the ring until we see one hit the big time.

There are other signs of pro-wrestling’s increased embrace of queer athletes. Last year, the WWE held a surprisingly inclusive 2018 WrestleMania event which featured the premiere of its first openly lesbian wrestler, Sonya Deville, and straight ally Finn Balor in rainbow-colored shorts surrounded by an entourage of adoring LGBTQ fans.

A few other pro-wrestlers have also come out as gay recently, including the WWE’s Fred Rosser, and others like Jake Atlas, Mike Parrow, Anthony Bowens and dreamy Isreali pro-wrestler Nir Rotenberg.