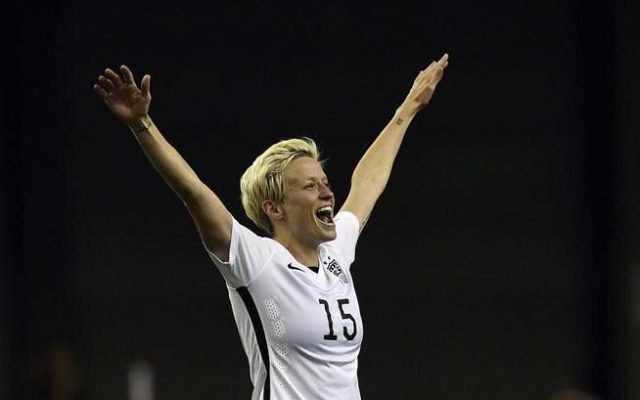 Women’s soccer star Megan Rapinoe continues her run of riling up Trump supporters, this time by sharing what she would tell Trump-supporting soccer fans.

In an interview with Meet The Press, Rapinoe addressed a controversy-filled week without apology for her criticisms of Donald Trump. She also asserted that her elevated celebrity gives her the platform to bring attention to much-neglected issues, like Trump policies on racial equality, equal pay and LGBTQ rights.

When host Chuck Todd pressed her on what she would say to a Trump-supporting fan, Rapinoe didn’t mince words:

Rapinoe also added that Trump would have to reverse “about 50 policies” before she would consider visiting the White House. Rapinoe’s remarks follow a weeks-long back and forth with Trump himself for declining an invitation to the White House before winning the Women’s World Cup. She then doubled down on her stance after winning, as did several other members of the women’s team. Rapinoe is an out-and-proud gay woman and has landed her harshest criticism for Trump over his policies regarding queer issues, such as his proposed ban on transgender people serving in the armed forces.