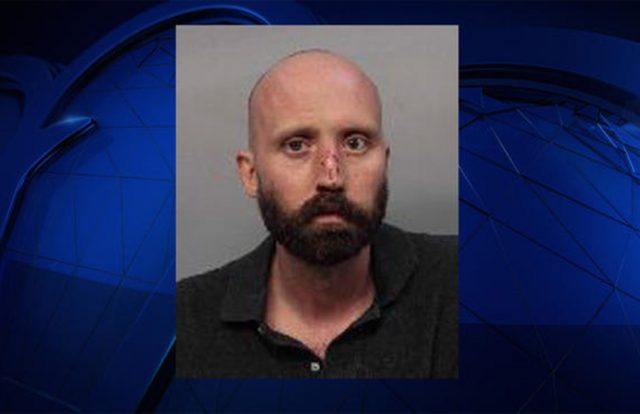 He wrote: ‘Orlando will look small to what is coming to Miami Beach’.

A man accused of threatening to commit a homophobic shooting larger than the Orlando massacre in Miami Beach has been arrested.

The pastor of the church, Reverend Hunter Thompson, has a restraining order against Jorczak, according to NBC Miami.

Detectives took Jorczak into custody on Wednesday after officers swarmed his appointment and wanted to question him about posts he had made online.

While he initially refused to cooperate, he eventually surrendered.
There have been several bigoted messages between 17 and 29 November, attacking the church.

The arrest report sees Jorczak said he found someone who would sell him an AR-15, a common gun used for mass shootings.
‘I’m not going to go out of this world like a punk,’ he added. ‘I choose my battles, but I have no choice in this one’.

Jorczak is charged with stalking, cyber stalking and violating a restraining order’.

The attack on a LGBTI nightclub Pulse in Orlando, Florida on 12 June killed 49 people and injured 53.