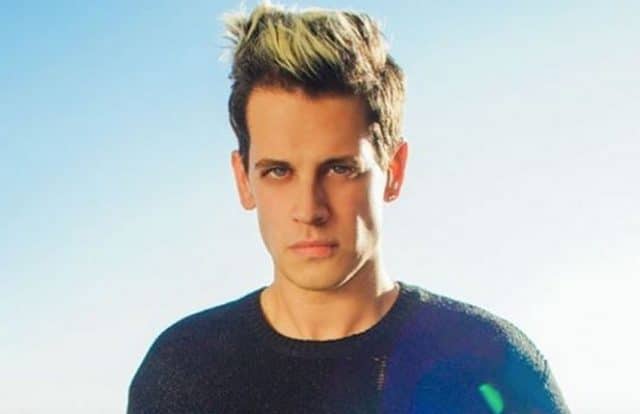 After exploiting ‘s image without his consent, the three men behind Straight Pride decided to pick a new ‘mascot’.

The head of Super Happy Fun America, a group that ‘advocates on behalf of the straight community,’ told the that Pitt ‘was not super happy’ about the group using his name.

‘I really like his movies and his lawyers sent us a letter asking us to take his stuff down but, you know, you’re allowed to do satire,’ John Hugo, president of Super Happy Fun America, told the newspaper.

And that’s when openly gay Yiannopoulos came to the rescue.

‘I know it’s a little ironic to have a gay conservative as our icon,’ Hugo also told the Boston Herald.

‘I might technically be a sequined and perfectly coiffed friend of Dorothy’s, but I’ve spent my entire career advocating for the rights of America’s most brutally repressed identity — straight people — so I know a thing or two about discrimination,’ Yiannopoulos said in a statement about .

‘This parade is a gift to anyone, male or female, black or white—gay and transgender allies, too!—who will stand with us and celebrate the wonder and the majesty of God’s own heterosexuality. Men, bring your most toxic selves. Women, prepare to burn your briefcases! Because it’s great to be straight, and we’re not apologizing for it any more. We’re Here, Not Queer.’

The pundit has made headlines for his controversial statements on multiple occasions.

On 2 May 2019, he has been , alongside other several controversial figures, from Facebook.

‘We are disappointed that the [Mayor Boston Martin J.] Walsh administration has chosen hate and discrimination,’ a blog post from 20 April reads.

‘Therefore, we have decided to launch a campaign to educate the public, politicians, and civil servants about the straight community and the unique problems we face.’

They also added: ‘We have determined that a parade would be the best way to promote our community and its diverse history, culture, and identity.’

The group claim they have received permits to go ahead with the event.

However, city officials have since clarified that they haven’t greenlit the event, according to CBS Boston.