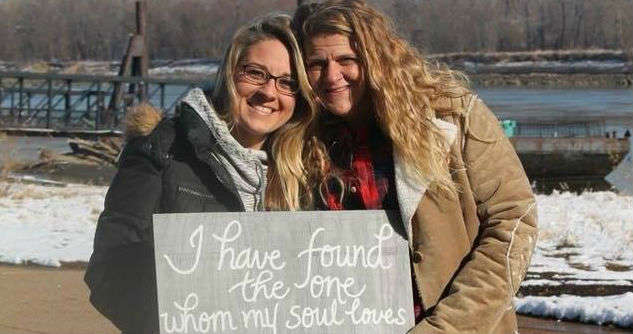 Two women in Missouri say a local restaurant has cast a shadow over their upcoming nuptials by refusing to host them for a wedding rehearsal.

Mindy Rackley is to wed Kyndal Olive this month. Rackley took to to post about the incident, which took place Tuesday.

‘Most of you know my girlfriend and I are getting married soon,’ she begins.

She says her soon-to-be mother-in-law called Madison’s Café in O’Fallon, MO, on Monday to make reservations for a rehearsal dinner.

According to , Madison’s Café had been Rackley’s dad’s favorite restaurant, before he passed away two-and-a-half years ago. The women wanted to honor his memory by hosting the celebration of their union there. 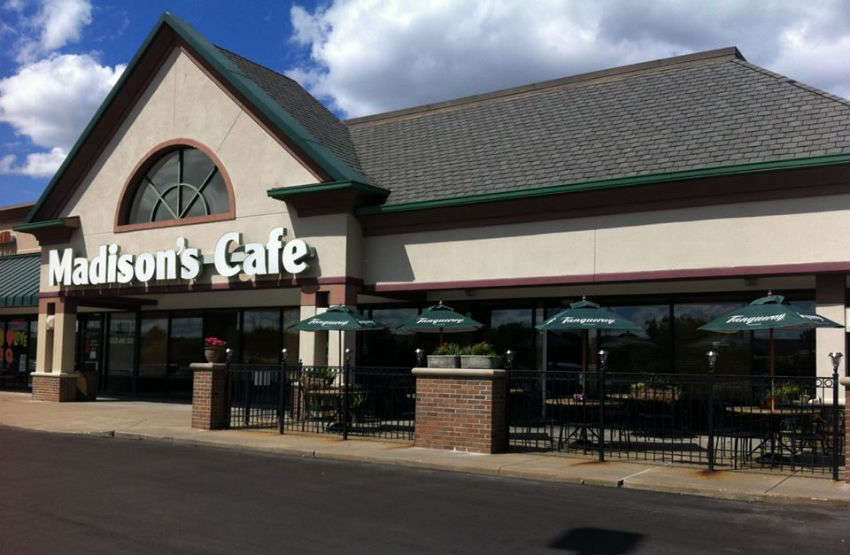 On Tuesday (4 June), a woman who identified herself as the wife of the owner called Olive.

‘‘When I answered she said she had some questions about the dinner,’ says Olive. ‘One of the questions was “What is your groom’s name?” to which I kindly responded, “It’s actually a woman and her name is Mindy.”

‘She’s said, “Your spouse is a WOMAN?” She immediately proceeded to tell me that she is sorry she will have to defer me to someone else for our dinner because they don’t condone that kind of relationship.

‘She told me that out of “love” for me she has to decline our business because they believe I am in an unhealthy relationship. I immediately hung up.’

Mindy Rackley says Olive called her in tears and told her what had happened.

‘After she told me, I too insistently started crying,’ said Rackley. ‘We have never been treated this way and have never been declined a service because who we are. Our hearts hurt. I understand everyone has a right to their opinion and beliefs. How the whole thing was handled was very unprofessional.

‘The owner intentionally called her to find out this information and then to tell us her opinion.

‘This post is seriously to just spread the word about this restaurant so that nobody needs to feel the way that we do now. Nobody else needs to feel less than human, no one needs feel rejected, dismissed or not enough.

‘So many people have fought for our rights to be equal, to be free so that we don’t have to walk around and hide or be treated any different from any other human being in this world.

‘We are all fighting for a world where we are seen as human. Let love win this time!’

Rackley told Newsweek that if her father were still alive, he ‘would have been livid.’

Gay Star News has contacted Madison’s Café for comment. It has yet to issue any statement about the incident. Approached by a reporter from local TV station KMOV4, a female member of staff ‘acknowledged the couple’s situation’ but declined to comment on the record about it.

GSN has reached out to Rackley and Olive for further comment.