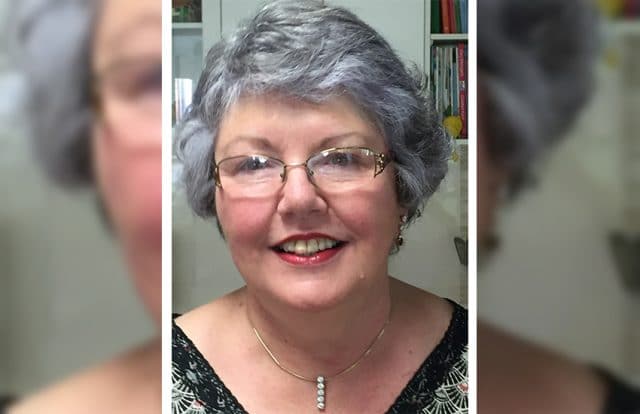 An Australian mom who campaigned for years and spent much of her life savings to achieve marriage equality has taken up a new fight.

Shelley Argent OAM heads the national . She dedicated much of her life since 1998 to LGBTI rights since her son, James came out as a gay.

Australia finally achieved marriage equality after a harrowing postal survey in 2017. But Argent has not given up campaigning for equality.

This time she has set her sights on the government’s push for ‘religious freedom’. The purpose of the enquiry was to review the country’s protection of religious freedom.

But results of the review suggested schools could turn away LGBTI students and teachers, drawing the ire of advocates including Argent.

‘The review showed there was very little concern for Christians,’ Argent said.

She labelled the government ‘paranoid’ about LGBTI people, but argued that should be of ‘great concern’. Argent pointed out that ‘welfare groups, aged care and hospitals are predominantly run by religious bodies’.

‘Teachers working at Christian schools may be retrenched and students expelled, businesses owned by Christian individuals or organizations may all be given the right to refuse service or care, just because their clients, customers or staff involved are LGBTIQ.’

Argent also pointed out the potential for hate speech against Christian groups.

‘Christians may not believe their words are harmful, or may not care but the impact of what is said or written can be devastating for the LGBTIQ person and their loved ones,’ she said.

‘Again any freedom, including freedom of speech should never be used as a tool for abuse.

‘The ratio of Christians suffering poor mental health or suicide from hate speech is minimal. However, the negative impact of hate speech, homophobia and transphobia against LGBTIQ people is extremely high.’

Argent called on Australian Prime Minister Scott Morrison ‘to do as he promised which was to govern for all of the people which surely must include the LGBTIQ people’.

‘They pay taxes, contribute to society and vote.’