WASHINGTON (Reuters) – Former U.S. Special Counsel Robert Mueller arrived on Capitol Hill on Wednesday to testify at a pair of televised hearings that carry high stakes for President Donald Trump and Democrats who are split between impeaching him or moving on to the 2020 election.

Mueller, whose inquiry detailed extensive contacts between Trump’s 2016 campaign and Russia at a time when Moscow was interfering in the 2016 election with hacking and propaganda, is set to appear beginning at 8:30 a.m. (1230 GMT) in separate hearings before the House of Representatives Judiciary and Intelligence committees.

Democrats, who control the House, hope his testimony will rally public support behind their own ongoing investigations of the Republican president and his administration, even as they struggle with whether to launch the impeachment process set out in the U.S. Constitution for removing a president from office for “high crimes and misdemeanors.”

Mueller did not respond to questions from reporters as he arrived, then was flanked by security personnel as he made his way toward the committee’s hearing room.

Mueller is not expected to deliver any new bombshells, according to Democratic aides, but rather stick to the contents of his 448-page investigation report about the 22-month-long probe of Russian election meddling. Mueller plans to deliver an opening statement before taking questions.

Republicans are expected to object to the presence of Aaron Zebley, the former deputy special counsel who had day-to-day oversight of investigations in the inquiry, who will accompany Mueller.

Zebley will be present at the Judiciary hearing, according to Mueller’s spokesman Jim Popkin and a House Judiciary staffer, and will be sworn in as a witness for the intelligence panel, according to an aide for that committee.

“This was specifically NOT agreed to,” Trump wrote on Twitter on Wednesday morning before the hearing was set to begin.

Democrats hope the 74-year-old former FBI director will give the American public a compelling account of Russia’s sweeping interference, the Trump campaign’s readiness to accept help from Moscow and Trump’s efforts to impede the Russia probe that Mueller investigated as potential obstruction of justice.

Trump, running for re-election in 2020, has blasted the Russia probe as a “witch hunt” and has repeatedly assailed the investigators including Mueller.

“Seeing is believing in America. That report was voluminous. But most Americans didn’t read it. So they’ll see Mueller lay out the case,” said Representative Eric Swalwell, who sits on both the Judiciary and Intelligence panels.

Mueller’s appearance could also be a turning point for Democrats on the question of impeachment.

That is well short of the 218 votes needed to adopt articles of impeachment in the House, which would trigger a trial in the Senate on whether to remove Trump. But the number backing impeachment could swell if Mueller’s testimony proves to be compelling.

The impeachment question has divided Democrats, with House Speaker Nancy Pelosi opposing such a move as politically risky for moderate Democrats on whose future the House Democratic majority depends. Some Democrats prefer to remove Trump from office the ordinary way: defeating him in next year’s election.

Mueller, who had expressed reluctance to testify, agreed only after being subpoenaed. Mueller, a former federal prosecutor and U.S. Marine Corps officer, is also known for favoring one-word answers at hearings and could prove too taciturn to satisfy Democrats’ hopes of a forceful narrative.

“Let us listen, let us see where the facts will take us,” Pelosi said of the hearings. “We’ll see what happens after that.”

‘GOING TO BE DISAPPOINTED’

Republicans in Congress are predicting chagrin for the Democrats.

“I think they’re going to be disappointed, just as they were when the Mueller report came out,” said Republican Representative Tom Cole.

Mueller’s report said the investigation found insufficient evidence to prove that Trump and his campaign engaged in a criminal conspiracy with Russia. The report also did not reach a conclusion on whether Trump committed the crime of obstruction of justice but pointedly did not exonerate him. Attorney General William Barr, a Trump appointee, subsequently cleared the president of obstruction of justice.

“It is so important for him to say that the investigation did not exonerate the president,” said Representative Val Demings, another Democrat who sits on both panels.

Republicans are expected to raise questions with Mueller about the integrity of the origins of the Russia probe in the FBI during Democrat Barack Obama’s administration and the political leanings of the special counsel’s staff members. Trump has sought to portray the probe as an attempted coup, reiterating his claim of “no collusion, no obstruction” in his series of pre-hearing tweets.

The Justice Department on Monday sent a letter telling Mueller to limit his testimony to merely discussing the public report, a directive that the two Democratic committee chairmen rejected as out of line.

“I fully expect that the DOJ letter will have no bearing on your testimony,” House Intelligence Committee Chairman Adam Schiff wrote to Mueller in response, rejecting the department’s stance. 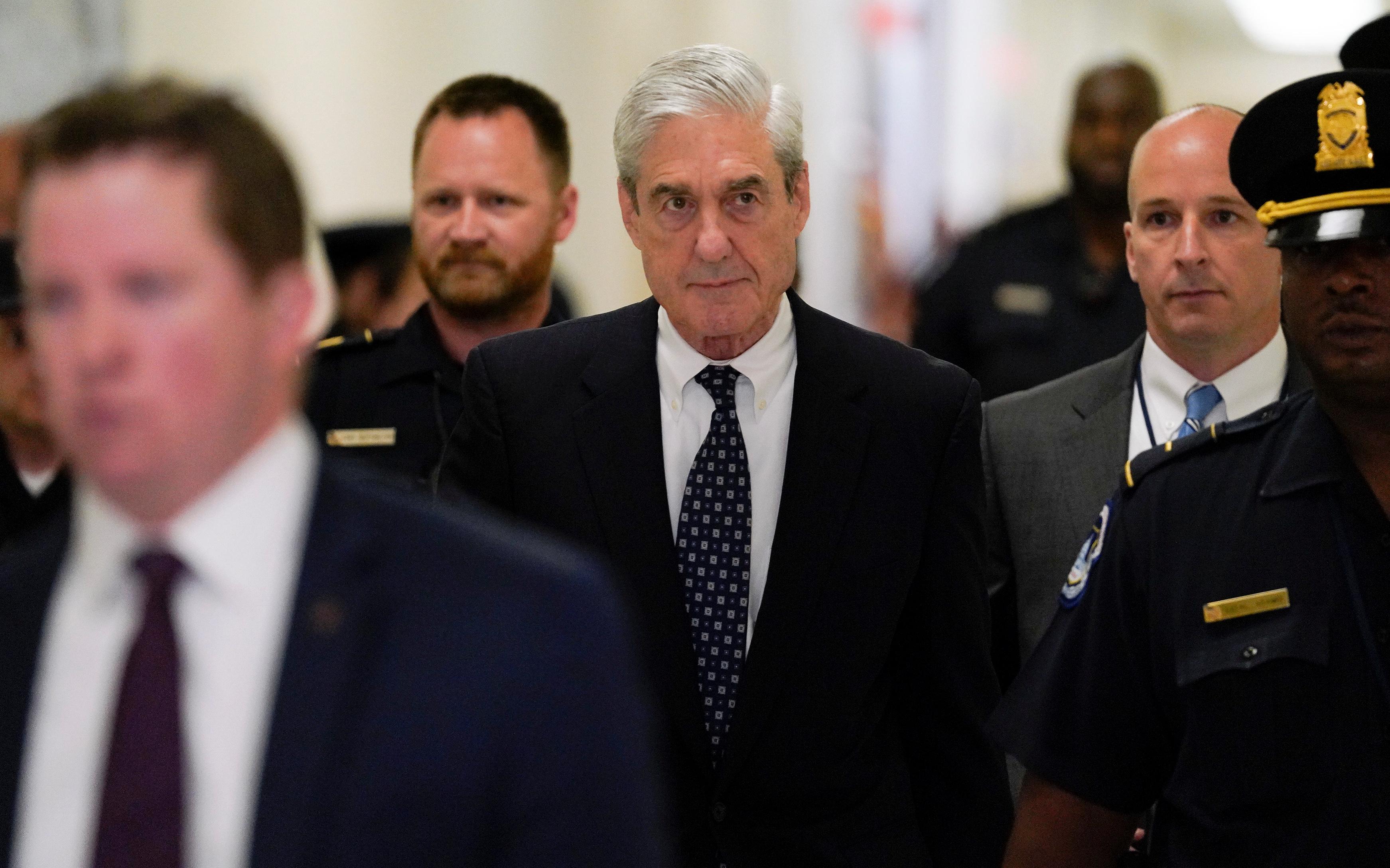 The heart of the Democratic strategy is to focus Mueller’s testimony on several examples of potential obstruction by Trump, including his repeated efforts to get former White House Counsel Don McGahn to remove Mueller and then deny that he had been directed to do so.

Lawmakers will also emphasize attempts by Trump to his fired former Attorney General Jeff Sessions to redirect the Russia probe away from his 2016 campaign, and possible witness tampering in public statements seen to discourage his former campaign chairman Paul Manafort and his former personal lawyer Michael Cohen from cooperating with federal investigations.