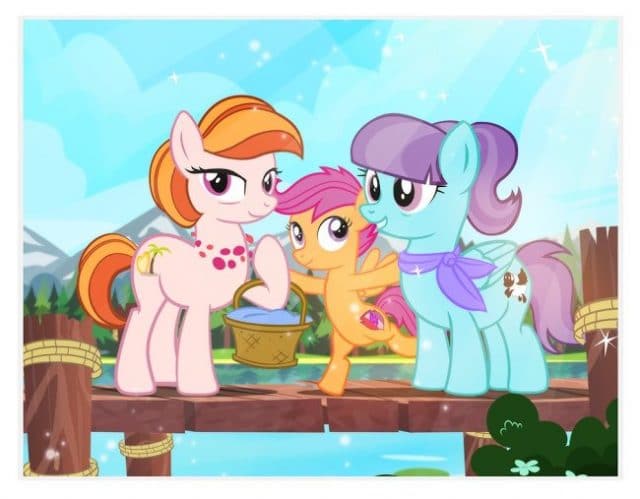 An upcoming episode of children’s TV show My Little Pony is set to bring in its first-ever same-sex couple, Aunt Holiday and Auntie Lofty.

In the final season of My Little Pony: Friendship is Magic the lesbian pony couple, guardians of the character Scootaloo, will arrive on US television in an episode called The Last Crusade.

Aunt Holiday and Auntie Lofty appeared in the books but this is the first time they’ll be onscreen in the animated series, according to The Guardian.

Michael Vogel, the show’s writer, rejected suggestions that the two characters were sisters.

“What a cute couple!” he tweeted in 2017, when someone shared an image of the pair. When another Twitter user asked if they were lesbians in the book, he replied: “Well, they aren’t sisters sooo … ”

School-age Scootaloo is cared for by lesbians Aunt Holiday and Auntie Lofty in the absence of Scootaloo’s parents – who are finally introduced in this episode.

Writers Nicole Dubuc, Josh Haber and Vogel came up with the idea to put the lesbian pony couple onscreen together, according to Buzzfeed News.

“I think it’s fantastic that we can show that what truly defines a family is love — that, to me, is the core of My Little Pony,” Dubuc said.

“Nicole and I thought this was a great opportunity to organically introduce an LGBTQ couple in the series, and we asked Hasbro and they approved it,” Vogel said.

“With Josh and Nicole running the final season together, it was something we all wanted to do — bring this out couple into the final season and make them ‘officially’ a part of the MLP world.”

Vogel, who is gay, said, “My Little Pony has always been about friendship and accepting people (or ponies) that are different from you. So it just felt like something important to do.”