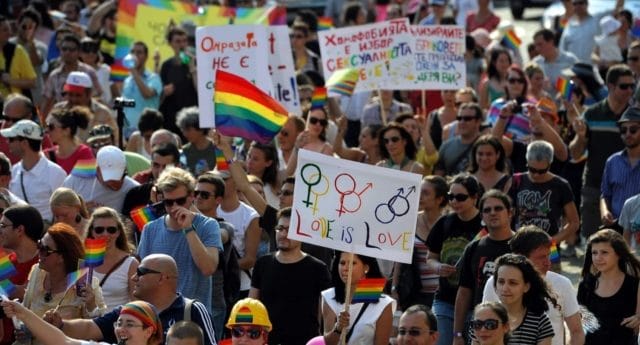 Neo-Nazi groups have threatened a violent attack on a Pride event in Sofia, the capital of Bulgaria.

Sofia’s annual Pride march had been set to take place this Saturday.

Organisers have this week vowed to continue with the event, after a far-right group went public with plans for a violent resistance.
The neo-Nazi group known as ‘National Resistance’ is plotting a counter-demonstration, calling on participants to bring “brooms and shovels with long wooden handles” to “cleanse Sofia and Bulgaria from the garbage.” 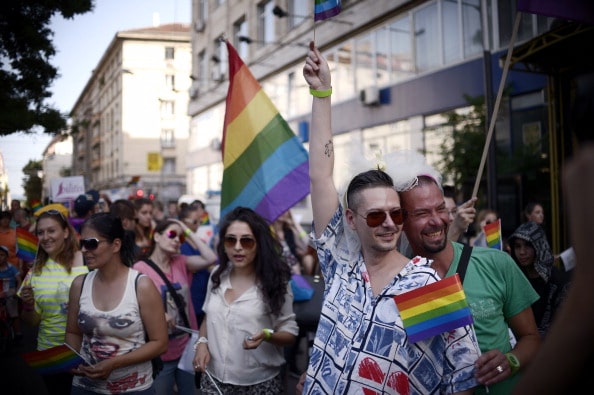 It is not the first time the event has been targeted, facing protests many times over the past decade.

In 2008 a group of neo-Nazi thugs threw petrol bombs and stones at Pride marchers, sparking a heavy police response. An Orthodox priest previously called for participants in the annual Pride march in Sofia to be stoned.

The latest threats have been condemned widely across Europe.
Bulgarian MEP Ilhan Kyuchyuk warned: “Bulgaria has fallen under the control of a government of extreme nationalism. Hate speech is becoming more and more popular in our society.

“What is happening with the Sofia Pride should not be a surprise, given that one of the slogans of the leader of the parliamentary group of the United Patriots Volen Siderov is No to Gay European Union! or Homosexuality is an abnormal condition.”

“After the successful elections in Netherlands and France we shouldn’t leave Bulgaria to become the black spot of extreme nationalism in Europe.”

Kristine Garina, President of he European Pride Organisers Association, said: “It is imperative that the Mayor takes urgent and decisive action to ensure LGBTI people attending Pride can do so safely in her city.

“It’s unacceptable that a far right group can threaten citizens who are exercising their freedom of assembly and expression, and go unchallenged.

“This group are threatening violence and the city must act to protect Sofia Pride.”

Belgian MEP Guy Verhofstadt, leader of the ALDE Group in the European Parliament said: “I call on the Bulgarian authorities and the Mayor of Sofia to act to safeguard all those planning to participate in the Sofia Pride March scheduled for this weekend. Far-right violence against the LGBTI community has no place in the European Union.”

Sophie In’t Veld, Vice-President of the LGBTI Intergroup in the European Parliament, said: “Bulgarian authorities have a responsibility to ensure the safety of all of those participating in the Sofia Pride – freedom of assembly is an essential democratic right and authorities have an absolute duty to protect freedom of speech and assembly.

“Bulgaria must be a modern, open, inclusive society where all citizens are equal, where all can freely and safely be themselves.

“Pride Parades can be held safely now almost everywhere in Europe. Do the authorities really want Sofia to become known as the most homophobic city in Europe?

“The Mayor of Sofia, Yordanka Fandakova, should publicly reaffirm his commitment to protecting marchers in advance of Saturday’s event. Bulgaria’s 2004 Protection against Discrimination Act prohibits all direct or indirect discrimination on many grounds – including sexual orientation.”

“The nationalist, homophobic, xenophobic, sexist, authoritarian agenda pushed by some political parties in Bulgaria should be confronted, because intolerance and hatred have no place in our European Union.”