Home Gay Life Netflix accused of ‘straightwashing’ a gay couple out of its “Neon Genesis... 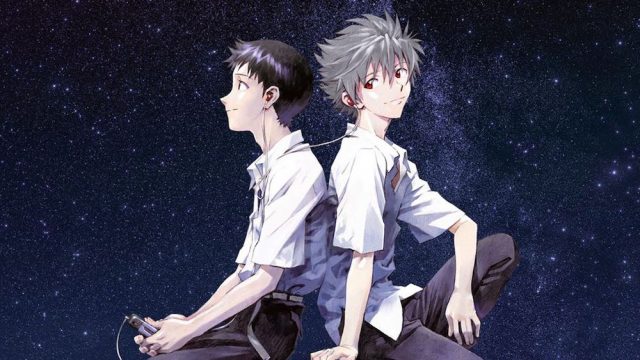 Netflix recently released the 1995 anime Neon Genesis Evangelion, a dramatic post-apocalyptic series in which young people control large bio-mechanical suits to fight off giant destructive monsters. And while fans were initially excited to have the entire series at their fingertips, they quickly realized that Netflix’s new “English-language translation and voice track dials back [the show’s] famous homoerotic subtext,” according to Vox.com.

In one particular scene, a boy named Kaworu declares his love for Shinji…. or at least he used to until Netflix got a hold of it. One Twitter fan showed the change in dialogue for that scene: the original 1995 dialogue is on the left and Netflix’s new dialogue is on the right.

Dan Kanemitsu, a translator who worked on the Netflix re-release, responded to upset fans in a series of tweets:

He added in an e-mail to Vox, “It is not my intention to marginalize queer relations in media, as I have fought hard to ensure free speech should cover queer relations in manga and this material should be made available to the largest audience possible.”

Vox also points out that the couple were unambiguously gay and sexual in the original manga comic book that the series was adapted from. Netflix has yet to publicly respond to fan complaints, but we’ll update this article if they do.