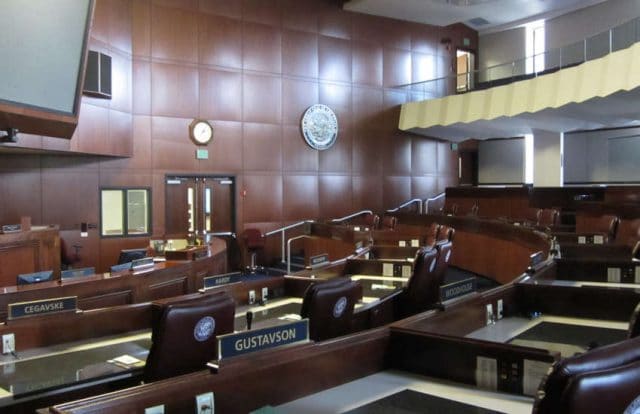 The state of Nevada has officially banned the so-called gay and trans panic defense.

Last month, the State Senate introduced a bill to prohibit the use of certain defenses based on a victim’s actual or perceived gender or sexual orientation in criminal cases. As of Tuesday, 14 May, that bill was officially signed into law.

Nevada is the fourth state to ban this type of criminal defense after California, Rhode Island, and Illinois.

According to Briana Escamilla, the Nevada state director for the Human Rights Campaign, it was ‘long past time’ for this law to be enacted.

‘These “defenses” send the destructive message that LGBTQ victims are less worthy of justice and their attackers justified in their violence,’ Escamilla told NBC News in an email.

‘Every victim of violent crime and their families deserve equal justice, regardless of their sexual orientation or gender identity.’

The text of Senate Bill 97 states that the ‘“gay panic” and “trans panic” defenses appeal to irrational fears and hatred of lesbian, gay, bisexual and transgender persons. Thereby undermining the legitimacy of criminal prosecutions and resulting in unjustifiable acquittals or sentencing reductions.’

Olivia Yamamoto, the chair of the Nevada Youth Legislature, introduced the bill after her friend was murdered. Her classmate, Giovanni Melton (age 14), was killed by his father after he discovered Giovanni had a boyfriend. His former foster mother said the father ‘would rather have a dead son than a gay son.’

‘These bills that the students propose in the Nevada Youth Legislature have real impact,’ said former Nevada state Senator Valerie Wiener. ‘They reflect what they’re experiencing and how courageous they are.’

Mississippi man brutally beaten because attackers ‘thought he was gay’