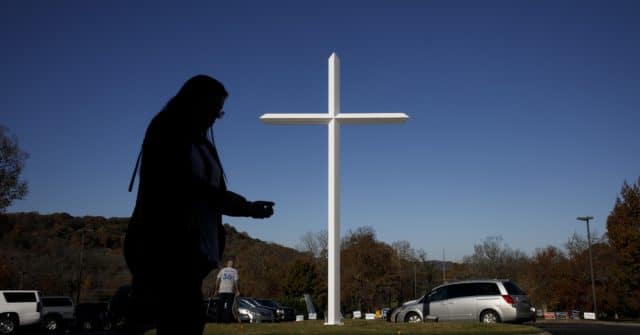 A Presbyterian minister has been accused of sexually assaulting at least three men, performing oral sex on them as part of a bizarre ritual.

The Reverend Dr William Weaver had served the Linden Presbyterian Church in Linden, New Jersey, for almost four decades when he was accused by the church of “multiple acts of idolatry and sexual misconduct.”

The allegations relate to claims made by three men, dating back almost 20 years.

A.J. Meeker said that he was 20 years old when he started receiving counselling from Weaver in 2000.

He described entering a bedroom in a house owned by the church, where Weaver would unpack a suitcase holding feathers, stones, buckeyes, a magnetic strip, a coin with an angel or saint printed on it and plastic bags.

Weaver would allegedly ask Meeker to undress and lie down on a bed, before fastening the angel coin to his forehead with the magnetic strip and placing stones on his feet, hands and chest.

“He would then take out the feather and scan my body from my neck to my stomach,” Meeker told My Central Jersey.

Meeker claimed that Weaver would then put his tongue in his mouth “to see if I had anything in my mouth or throat,” before performing oral sex on him.

“He would then ingest my ejaculate and then would spit up multiple pieces of plastic or metal into a ziploc bag,” Meeker said.

He added that after each of the alleged attacks, Weaver “would then hold me and say he loved me and he would protect me, and he would never let anything bad happen to me.”

William Weist and Jared Staunton both claimed to have suffered a similar assault. Weist began seeing Weaver for counselling after finding the body of his soon-to-be wife’s son, who died in a boating accident in 1999, while Staunton met Weaver when he presided over his partner Omar’s funeral.

All three men said that they informed the police and the prosecutor’s officer of their allegations. Mark Spivey, director of communications for the Union County Prosecutor’s Office, told My Central Jersey that he could not confirm or deny this.

The interim leader of the Elizabeth Presbytery, Reverent Leslie Dobbs, said in a statement that the church responded to the allegations in accordance with its own policy on sexual misconduct and with the Book of Order, the constitution of the Presbyterian Church in the US.

“In April 2018, the Presbytery of Elizabeth received allegations of multiple instances of sexual misconduct perpetrated by William Weaver, who was a minister member of the Presbytery,” Dobbs said.

“The Presbytery of Elizabeth, a regional body of the Presbyterian Church (USA), takes seriously any allegation of misconduct.

Dobbs confirmed that Weaver was placed on leave while an investigative committee conducted witness interviews.

“The allegations were found to be credible, and disciplinary charges were filed, and an ecclesiastical disciplinary hearing date was set,” she said.

On January 25, one day before an internal trial was to begin, Weaver quit the church and moved to a gated retirement community.

My Central Jersey reported that no public charges have been filed, and that the church charges have no bearing on the civil or criminal courts.

When the newspaper approached Weaver for a comment, he said: “I’m not able to respond. Thank you.”

People who have experienced (or think they might have experienced) rape or sexual assault can call Rape Crisis on 0808 802 9999, or can contact Galop‘s national LGBT+ domestic abuse helpline on 0800 999 5428.