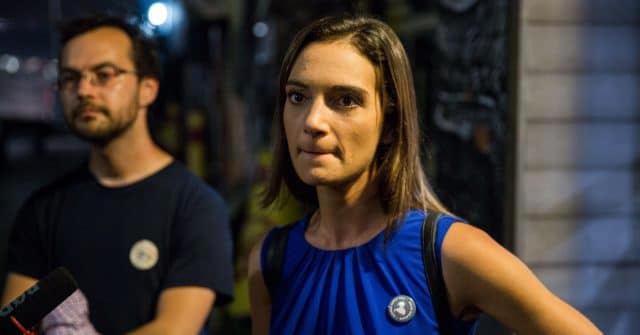 Legislators are considering a bill which would make New York the first US state to completely decriminalise sex work.

The Stop Violence in the Sex Trades Act (SVSTA), which was filed in the New York Senate on Monday (June 10), is a group of measures split into three parts. The first would decriminalise sex work between consenting adults and loitering for the purposes of prostitution, the second would clear the criminal records of those previously convicted of these charges, and the third would repeal or amend other parts of New York state law that relate to sex work.

The bill was drafted in collaboration with advocacy group Decrim NY, which wants to “repeal laws that harm people in the sex trades while preserving anti-trafficking laws that protect survivors (especially minors) and hold exploiters accountable.”

According to a press release by Decrim NY: “Criminal record relief is especially important for communities of colour and LGBTQ people, because they are disproportionately criminalised, including for self-defence against gender-based violence.”

New York state senator Julia Salazar is sponsoring the bill in the Senate. Shetold BuzzFeed News: “When we talk about decriminalisation, we’re talking about consenting adults. Anything that involved children or coercion are things that we feel very strongly need to remain in the penal code.”

Another element of the SVSTA would be amending gendered language within the laws to reflect the LGBT+ community who participate in sex work at higher rates.

“Sex work is work and should not be criminalised by the state. Our current policies only empower traffickers and others who benefit from keeping sex work in the shadows,” said Salazar at a press conference on Monday, according to HuffPost.

“New York state needs to listen to sex workers and make these common-sense reforms to keep sex workers safe and empower sex workers in their workplaces,” she continued.

“Criminalisation is a root cause of trafficking. It is not uncommon for trafficking survivors to get re-trafficked because they walk out of an exploitative situation with access to resources limited by their criminalisation,” said Jessica Raven, former sex worker and member of Decrim NY’s steering committee, in the press release.

“We rarely hear about what happens to survivors after they exit a trafficking situation, but it is key to preventing further exploitation—do they have access to housing, healthcare, a stable income? A criminal record often blocks access to these critical resources.”

Salazar’s co-sponsor of the bill is Jessica Ramos, who said on Twitter: “I am proud to affirm that sex work is work and everyone has an inherent right to a safe workplace.”

She told BuzzFeed News: “This entire conversation really happens under the banner of reducing violence. We don’t want sex workers to experience violence at the hands of customers, or the police, or anybody.”