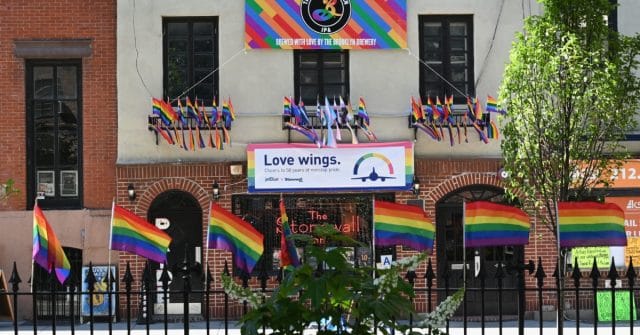 The police commissioner of New York has apologised on behalf of the police department for the actions of police officers during the Stonewall riots and said that police actions were ‘wrong.’

The apology comes ahead of the 50th anniversary of the Stonewall riots on June 28.

“I think it would be irresponsible to go through World Pride month and not to speak of the events at the Stonewall Inn in June of 1969,” James P. O’Neill said. “I do know what happened should not have happened. The actions taken by the New York Police Department (NYPD) were wrong, plain and simple.”

“The actions and the laws were discriminatory and oppressive, and for that, I apologise,” O’Neill said.

“I vow to the LGBTQ community that this would never happen in the NYPD in 2019,” O’Neill said. “We have, and we do, embrace all New Yorkers.”

The Stonewall riots in 1969 are commonly regarded as the starting point of the modern gay-rights movement. Police raided the Stonewall Inn and members of the LGBT+ community, fed up with longstanding police harassment, pushed back against the police.

Events of the night are disputed, but it’s usually agreed that stones and bottles were thrown at the police and days of street protests followed.

Some people attribute Marsha P. Johnson, a black trans woman who worked as a sex worker, with throwing the first stone.

A sign at ‘The Stonewall Inn. (ANGELA WEISS/AFP/Getty Images)

Johnson, who co-founded the Gay Liberation Front and the early trans advocacy group S.T.A.R, and who would later also play a role in AIDS activist group ACT UP, died in 1992 under suspicious circumstances.

Last year, the New York Times gave her an obituary, more than 25 years after her death.

O’Neill’s apology is the first time in the nearly 50 years since the raid occurred than an NYPD official has formally apologised.