Home Gay Life New York’s Second Avenue subway station is about to get a lot... 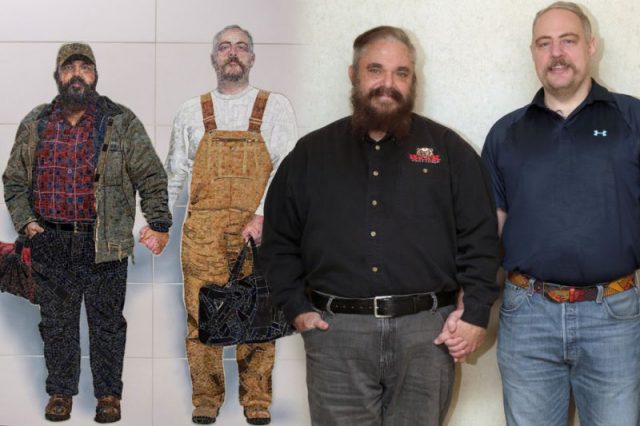 That hunky couple making eyes at you from across the subway station are none other than Thor Stockman and Patrick Kellogg, and they’re not actually there–it’s a portrait, silly!

Thor and Patrick are among those captured in life-size images of New Yorkers in the new 72 Street Station, a long-fabled subway stop that for many years was thought to be a myth. The images were created by Vik Muniz, and include lots of other folks… but it’s a big deal to have the first permanent, non-political queer art in the city. Or is it non-political? Didn’t some reality TV star once say “the personal is political”? Maybe by simply standing there, holding hands, defying stereotypes, and looking unflinchingly out into the world, they’re making one of the most profoundly political acts of their lives. It would be kind of awesome if their portrait becomes a tourist destination for queers from all over the world.

“Our friends were happy that this is gay representation on the walls of New York City, but our friends were even happier that this is gay representation that is not incredibly beautiful and skinny,” said one of the guys. And yes, that’s certainly true: as much as we like looking at men of all shapes and sizes, there are certainly enough sculpted physiques to be gawked at. (If this subway station had been built in LA, you can bet that the portraits would be a catalog of eating-disorder-triggers.)

What a pleasure to be greeted by these two lovely bears.