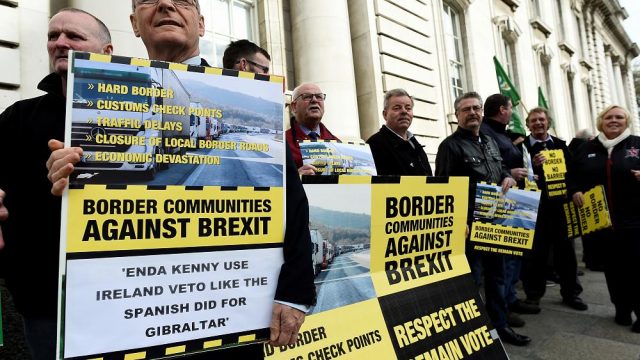 Both candidates to become Britain’s prime minister significantly hardened their position on any potential Brexit deal on Monday, saying the previously-agreed Northern Ireland backstop was “dead.”

Boris Johnson and Jeremy Hunt said they wouldn’t consider it in any deal they negotiate with the EU, not even if it was time-limited.

It means both candidates on the race, which will be decided on July 23, are edging further towards a no-deal Brexit.

Brussels has repeatedly ruled out renegotiating the withdrawal agreement it reached with Theresa May, and insists the backstop is essential to prevent the return of a hard border between the Republic of Ireland and the UK.

The backstop mechanism would see the UK would remain in a customs union with the EU in the absence of a trade deal, and Northern Ireland would stay aligned to some EU rules in order to avoid the need for border controls.

However, pro-Brexit campaigners say it compromises UK independence from the EU.

Asked in a leadership hustings if he would accept a revised backstop, Johnson said: “No. The problem is really fundamental. It needs to come out.”

Hunt said the mechanism was “dead.”