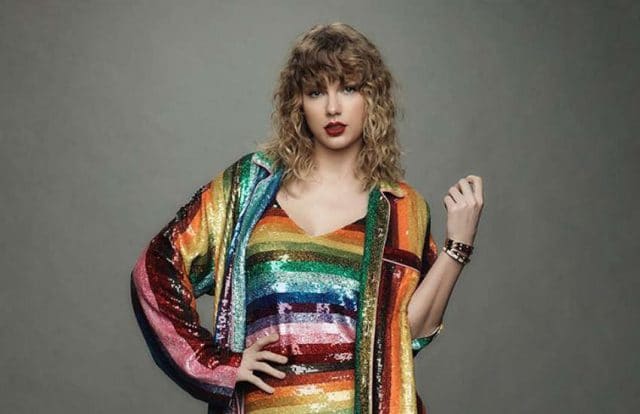 Taylor Swift just released new song You Need to Calm Down last night (13 June) and it’s littered with LGBTI themes, but there’s a gay lyric that people are very confused about.

Featured in the song are numerous references to LGBTI culture, including a nod to charity GLAAD in the lyrics, a rainbow on the cover art and a reference to ‘his gown’.

The ‘gay’ lyric in question is:

You just need to take several seats and then try to restore the peace
And control your urges to scream about all the people you hate
‘Cause shade never made anybody less gay.

But people were very confused about what it actually meant. So they took to social media to try to figure it out.

One person guessed the lyric meant ‘bullying someone for their sexuality won’t make them change’. Another thought shady jokes against LGBTI people aren’t going to make them straight.

Another hypothesized: ‘She’s saying if ur out n proud at a pride parade or u have to be in the shadows its okay n that’s my final take on that lyric thank u for ur time.’

Then another tweeted: ‘look i’m gonna need an EXPLANATION for that lyric miss swift’.

Taylor Swift is yet to clarify what the lyric means.

A music video for the new song comes out 17 June. Her new album — entitled Lover — is also out 23 August.

Earlier this month, Taylor Swift called on the Republican senator for Tennessee to support the pro-LGBTI rights Equality Act.

The singer also launched  to collect signatures in support of the bill.

The Equality Act passed through the House earlier last month. It will now move on to a vote in the Senate.

The bill is a wide-ranging bill designed at banning discrimination based on sexual orientation and gender identity.

It seeks to  and would add sexual orientation and gender identity to the list of protected traits. If passed, the Equality Act would prohibit discrimination in various areas, including employment, housing, public accommodation, and more on a national level.

Swift’s moves to raise awareness and support for the Equality Act coincide with Pride Month which will take place throughout June.

At the time of writing, Swift’s petition was approaching 100,000 backers.