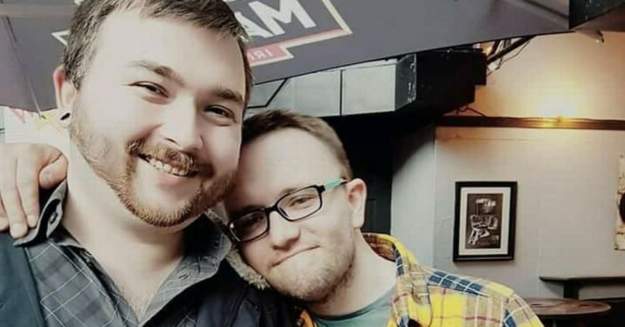 In the wake of the royal wedding, North Irish men are wondering when it’ll be their turn to marry.

Thousands of North Irish citizens are preparing to participate in a march and rally for marriage equality on June 2. One such couple is William Dalzell and Stephen Donnan.

Dalzell and Donnan watched the Royal Wedding yesterday with mixed emotions. On one hand, they were excited for the British social event, but they also felt a sense of sorrow.

Northern Ireland’s law still prevents gay marriage, so couples like Dalzell and Donnan are left wishing that they could get married.

“It’s hard not to feel like second class citizens,” said Donnan to BelfastLive.

“We hope Harry and Meghan have a really great day. But we just wish that we had the same right to get married as they enjoy.

“We’ve actually been a couple slightly longer than Prince Harry and Meghan Markle and, as it happens, we even got engaged around the same time.

“The difference is that our Government won’t allow us to get married because we are gay.”

This #IDAHOBIT2018, take a stand against homophobia, transphobia and biphobia. Remember, #LoveIsLove… and ultimately, #LoveWins ? ?
…as it will in Northern Ireland pic.twitter.com/cWpYnvcpIZ

Like many gay men living in Northern Ireland, the couple is asking the UK Government to convince the country to match its laws with the rest of the UK. So far, Prime Minister Theresa May says this is an issue for Northern Irish folk to figure out by themselves.

North Ireland’s politicians, however aren’t doing much to help. Despite public polls finding that 76% of citizens are in favor of marriage equality, a Conservative politician blocked the second reading of a Bill that could have brought in same-sex marriage.

Dalzell and Donnan were disappointed by this development.

“The only government we have now is in Westminster – yet Theresa May and Northern Ireland Secretary of State Karen Bradley are refusing to intervene to end the discrimination.

“When one of their own backbenchers blocked the equal marriage bill last week in the Commons, that was like rubbing salt into our wounds.

“We will march and protest and petition until we have the same right to get married as Meghan and Harry.

“And that’s why we will be joining the big march for marriage equality in Belfast in two weeks – we want to send a clear message to Theresa May and Karen Bradley that we want equality.”