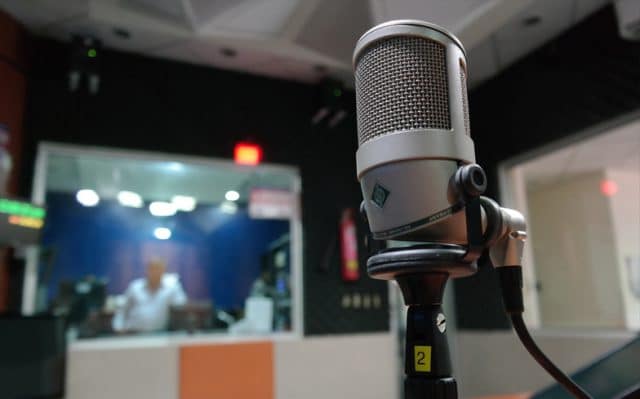 Juice FM has been granted a licence by Northern Ireland, and will be solely dedicated to the LGBTQ community.

When it launches, the station is expected to have an audience of 33,000. However, we do have a bit of a wait before Juice FM starts airing, as it could take up to two years before the station puts out its first broadcast.

A spokesman for Juice FM told The Belfast Telegraph: “LGBT people come from all walks of life and it is our aim to serve as many of our community as possible through an outgoing and inclusive presentation style, mixed with speech content tailored for our audience, and a unique music mix.

“Juice will play a mixture of dance and gay classics, music to stir the heart and move the hips.

“Our speech content will be specifically tailored for the LGBT community, including LGBT news bulletins and a local magazine style show which will showcase and discuss the aspirations, concerns, successes and issues affecting our target audience.

“The station is currently streaming a sample service online through JuiceBelfast.com and has up to two years to get on-air.”

And hopefully by the time the station does start broadcasting, it can celebrate the legalisation of same-sex marriage in Northern Ireland. At the moment, a piece of legislation that was proposed by Baron Haywood is making its way through the Houses of Parliament.

The bill was warmly received in the House of Lords, with Baron Haywood telling BBC’s Evening Extra programme: ““It was a clear indication in the Lords this afternoon – normally when you introduce a private members’ bill, it’s received with silence.

“There was audible ‘hear, hear’ from all sides of the chamber, which indicates it’s a general view.

“The chamber was overwhelmingly in support and the message is absolutely clear – that most people, politicians of all sides and cross-benchers who are of no side – take the view that equality is not something you can pick and choose on around the United Kingdom.”

The current online version of Juice FM can be listened to here.