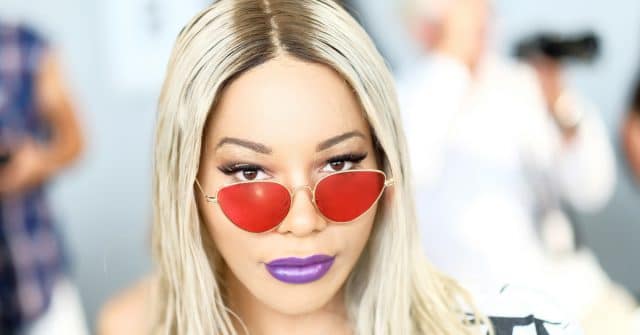 The celebrity and talent officer at the NSPCC who was responsible for hiring Munroe Bergdorf has been targeted with homophobic abuse online.

Twitter accounts have dug up photos of the employee in question wearing fetish gear and branded him a “perverted narcissist” who “needs firing.”

A colleague of the man in question told PinkNews: “He is getting a torrent of abuse from some class A trolls. The mindset of these people is unbelievable. They’re cowards. It’s a disgrace, and he deserves a private life which is separate from his work life.”

“We have been made aware of the images. The NSPCC has guidance for staff on social media and, if there was a problem, we would take action,” an NSPCC spokesperson told PinkNews.

The spokesperson for organisation also said that the employee had been spoken to and received support from colleagues “right up to the chief executive.”

Journalist Dawn Foster, who reposted an edited screenshot of one of the tweets to conceal the employee’s identity, said that “transphobes” were trawling “the LinkedIn and private social networks of NSPCC staff to get them fired…. for wearing rubber?”

She continued in a later tweet: “This just feels flatly homophobic. The guy is a celebrity liaison officer for the charity, there are plenty of “horrified” responses calling him disgusting, acting as if the fact he is gay is a threat to children.”

The NSPCC employee has been called a “perverted narcissist” online. (Dawn Foster/ Twitter)

Journalist Chris Godfrey called the treatment of the employee “insidious homophobia,” and wrote on Twitter: “Transphobes are now targeting the gay man who hired Munroe Bergdorf at the NSPCC because they’ve found pictures of him online in fetish gear.

“The assumption is that because he is a gay man who is into fetish gear cannot be safe around kids. This is homophobia at its most vile.”

Bergdorf was hired as Childline’s first LGBT+ campaigner, but was later dropped because of a Twitter campaign against her appointment.