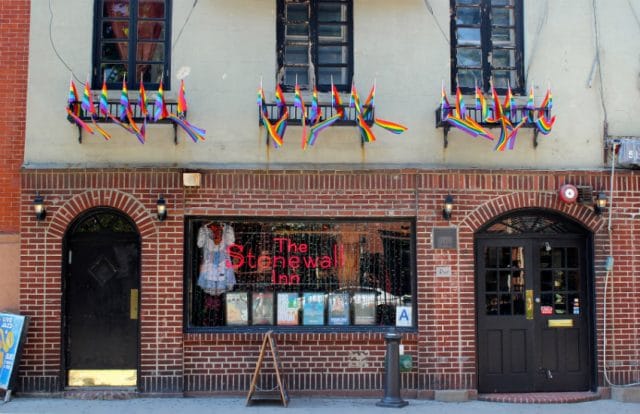 In a historic first, the New York Police Department (NYPD) has apologized for the 1969 raid of the Stonewall Inn in New York City’s Greenwich Village. Historians largely consider this event to be the dawn of the modern LGBTI rights movement.

Describing the actions of officers during the early hours of 28 June 1969, O’Neill said they were ‘in the wrong, plain and simple’.

He continued: ‘The actions and the laws were discriminatory and oppressive, and for that, I apologize.’

According to the , O’Neill made additional comments.

‘I think it would be irresponsible to go through World Pride month and not to speak of the events at the Stonewall Inn in June of 1969,’ he said.

‘I do know what happened should not have happened. We have, and we do, embrace all New Yorkers,’ he concluded to applause.

This is the first time the NYPD has ever formally apologized for the raid and subsequent violence.

Historian David Carter detailed the events of the raid in his book Stonewall: The Riots that Sparked the Gay Revolution.

Around 1:20 am on Saturday, 28 June 1969, eight officers — four in plainclothes, two in uniform, a detective and a deputy inspector — arrived at the establishment and shouted: ‘Police! We’re taking the place!’

Typically, LGBTI bars and other places were warned ahead of time of raids, but that didn’t happen this time. When police attempted to round up the patrons, people began resisting and standing their ground.

Figures like Marsha P. Johnson and Sylvia Rivera were those who stood up to NYPD officers that night.

‘You’ve been treating us like shit all these years? Uh-uh. Now it’s our turn!’ Rivera recalled saying. ‘It was one of the greatest moments in my life.’

Protests continued into the next day and night.

Prior to O’Neill’s statement, NYC Pride released its own statement demanding an apology.

‘Last night (5 June), we voted unanimously to demand that the NYPD formally apologize to the LGBTQIA+ community for the violent police raid that triggered the Stonewall Uprising,’ the group said. ‘We offer our stage at the Stonewall 50 Commemoration Rally on Friday, June 28, 2019 for Police Commissioner James P. O’Neill to do so on behalf of the Department.’

The statement continued: ‘Under Commissioner O’Neill, the NYPD has made significant strides in improving relations with LGBTQIA+ New Yorkers.

‘Taking responsibility and apologizing for this single event is a small, albeit meaningful step towards improving the larger systemic issues that continue to cause significant harm to LGBTQIA+ people, especially transgender people and people of color. It demonstrates what is possible for the future of our community and our movement.’

It is unclear if O’Neill will accept the invitiation to appear at the rally later this month given the statement today.

GSN reached out to NYC Pride for a response to O’Neill’s formal apology.