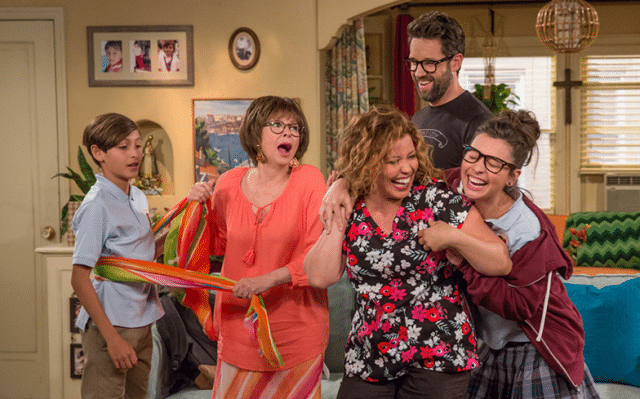 Back in March, Netflix announced that it had cancelled hit series One Day at a Time, causing social media to erupt into an uproar. Ever since the comedy series premiered on the streaming platform back in 2017, it has received universal acclaim from critics for the performances of its cast and its writing.

The show has become known for tackling issues such as homophobia, racism and depression.

At the time, one fan wrote: “Still literally so sad about One Day at a Time being cancelled on Netflix. Not only did it portray a latin family but it tackled issues such as racism, rape culture, depression, anxiety, ptsd. It also brought awareness to the LGBTQ+ community.”

However, fans can now rejoice as Pop TV has announced that it will continue airing the show. The original three seasons will remain on Netflix, but further seasons will now air on both Pop TV and CBS, who owns the network.

And it’s been confirmed that Pop TV has already greenlit a 13-episode Season 4 of the show to air at some point in 2020.

Speaking to Vulture, Brad Schwartz, the president of Pop TV, said: “When we looked at the success we’ve had with Schitt’s Creek, we felt that was because of how it championed love and kindness, and how it has a lot of emotion mixed with a lot of heart and comedy.

“And when you look at One Day at a Time, you see it does the same [thing]. They deal with inclusion and love and acceptance and family. They pull on your emotions and they make you laugh. There are such parallels to what helped Schitt’s Creek break through on Pop.”

Speaking about the longevity of the series, he added: “I hope it becomes our huge flagship series that goes on for five, six, seven seasons. That would be the dream.”

Gloria Calderón Kellett, one of the executive producers of the show confirmed that the series would be staying true to its roots, despite the network move.

“They have assured us we can make the show we want to make,” she said. “And writing toward act breaks is actually an exciting challenge we’re sort of looking forward to.”

Todd Grinnell, who plays Schneider in the series, praised the fans, saying: “I’m so grateful to all the fans who’ve been so vocal about how important the show is to them for so many reasons.

“We’re a show about family and love that represents so many groups of people and I’m so honored and thrilled we get to keep telling stories that matter.”