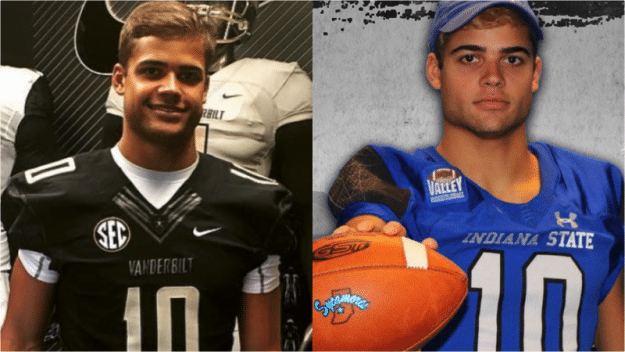 What an inspiring story!

Jake Bain, the star football player at John Burroughs High School in St. Louis, Missouri, came out in an emotional speech delivered at a school assembly back in October.

And now, just a few months later, he’s signed on to play football for Indiana State.

“Is this the real life? Is this just fantasy?” Still can’t believe it, dreams really do come true. I’m officially a Sycamore?⚪️ #feartheforest

Speaking to KSDK, Bain explained that he came out to help others, and dispel stigma:

“My main reason for coming out was not necessarily for me. I have always been comfortable with myself and how people view me. For me, it was to try and reach out to people who aren’t comfortable coming out. I feel like, especially within athletics, there’s a stigma. I don’t think being an athlete and gay really collide.”

And before he signed with Indiana State, Bain said it was important for him to give the coaches a chance to know him. He told KSDK:

“I had a meeting with the head coach, Kurt Mallory and I sat him down with my family and said ‘I love the place. I love everything about Indiana State but before I commit the next four years of my life, I want you to know I am an openly gay person and that is something that is a part of my life.’ I knew he would accept me because that is the kind of person he is. He told me he had coached gay players in the past.”

We wish Jake much continued success, and the best of luck!