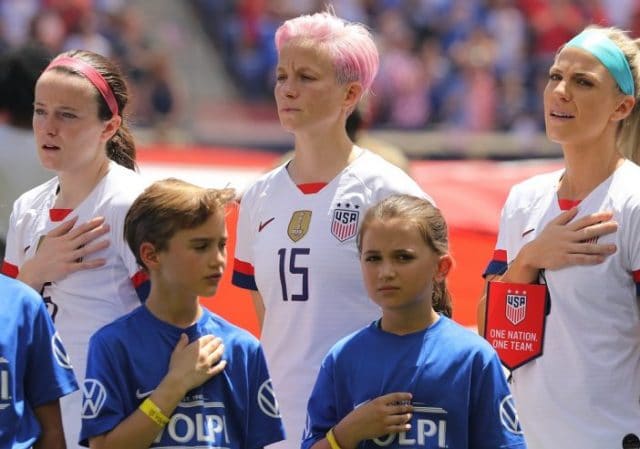 Soccer star Megan Rapinoe said that she won’t be visiting the White House if her team wins the Women’s World Cup.

Rapinoe is the co-captain of the U.S. Women’s National Soccer Team, and they are currently playing at the Women’s World Cup in France.

Speaking with Eight by Eight magazine, Rapinoe said that she wouldn’t visit the White House if the team wins.

“I’m not going to the f–king White House,” she said when asked if she was excited about the possibility of a White House visit. “We’re not gonna be invited. I doubt it.”

She explained more in an interview published earlier this month. She said that Donald Trump doesn’t invite sports teams that he thinks may refuse the invitation.

“No f–kin’ way will we be invited to the White House,” she said. Trump “tries to avoid inviting a team that might decline. Or, like he did when the Warriors turned him down, he’ll claim they hadn’t been invited in the first place.”

In 2016, Rapinoe made headlines when she kneeled during the National Anthem before matches in solidarity with NFL player Colin Kaepernick. She said that she wasn’t being disrespectful of the flag, but “speaking out for people that are oppressed.”

She isn’t the first LGBTQ athlete to say that she wouldn’t visit the White House after a major victory. Out athletes Gus Kenworthy and Adam Rippon said that they wouldn’t take part in the traditional visit to the White House after the 2018 Winter Olympics, and both criticized the choice of Mike Pence to lead the U.S. delegation at the games.