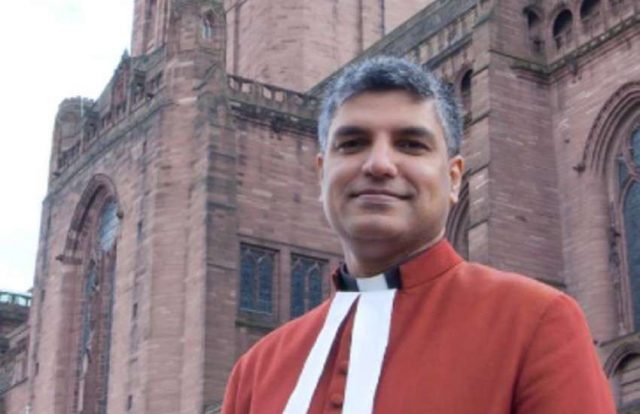 Oxford City Council stepped in to cancel the event due to take place tomorrow (13 June) at Oxford Union.

Oxford Men’s Group had invited Gomes to give a talk titled ‘Feminism was women’s greatest enemy – until transgenderism came along’.

Gomes is a journalist and academic. He has written columns for far-right, conservative publications, such as The Conservative Woman and Republic Standard.

‘Our common interest is our compassion for men & boys and our celebration of masculinity,’ reads the group’s bio on MeetUp.

Oxford Men’s Group welcomes both men and women. The aim of the group is ‘throwing light upon and working to address the unique issues facing men and boys in modern society’.

‘We facilitate free public talks and discussions covering key issues which we feel are given insufficient or unnecessarily distorted attention by our politicians, media and public institutions.’

‘Through the work we do, we aim to encourage all of the political parties to show a greater interest in the unique issues of men and boys, in the name of true equality,’ the description also reads.

According to Ian Brooke, the council’s head of community services, the council is now reviewing its booking policy.

‘We have cancelled the booking for this event,’ Brooke told .

He also said: ‘We were not aware of the subject of the lecture when the booking was made, and we would like to apologize to Oxford’s LGBTI community for the distress this has caused.’

‘We support Oxford Pride festival and the LGBT+ Oxfordshire website, and this lecture does not accord with our core commitment to valuing diversity.

He furthermore added: ‘While we support the principle of free speech this does not give anyone the right to use Oxford City Council as a platform for discriminatory speech. It has no place in any of our buildings, and we are undertaking a review of our bookings policy to prevent this from happening again.’

‘For the health of the British body politic, the Oxford Men’s Group is delighted to host the Rev’d Dr Jules Gomes (BA, BD, MTh, PhD) for the following public lecture: “Feminism was women’s great enemy – until transgenderism came along,”‘ reads the description of the event on MeetUp.

The group updated the event’s description following the council’s decision.

‘Sadly, this event has been cancelled by Mr Ian Brooke, who is head of Community Services at Oxford City Council. Mr Ian Brooke claims that our event threatens the council’s value of “Valuing Diversity”.

They also claimed they hadn’t received any communication prior to cancellation.

‘Note that we would have been happy to provide the full text of Rev J. Gomes’ speech, but the council cancelled our event without taking the trouble to ask us any questions about it.

‘We categorically deny that our public lecture would have threatened any of the council’s values, least of all its core value of the “Valuing Diversity.”‘

They then invited their followers to write to the council to protest over the cancellation.

‘If you are frustrated that Rev J. Gomes’ public lecture has been banned by Oxford City Council, please consider writing a letter of complaint to Mr. Ian Brooke.