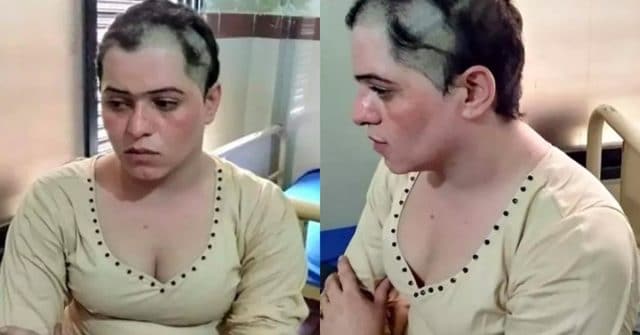 A gang of thugs reportedly kidnapped and tortured a transgender woman in Mardan, Pakistan, shaving off her hair after she refused to give them money.

Shakeela claims to have been taken from outside of a mosque on the first day of Eid al-Fitr, which fell on June 5 in Pakistan.

She said that the attackers held her against her will for three hours, beating her and shaving her head after she refused to pay them 1 million rupees (£5,200).

The 27-year-old works as a dancer in Mardan. According to the Trans Action Alliance, she had previously paid the attackers a total of 90,000 rupees as “a kind of safety money which you pay and you can work and dance in the area.”

Farzana Jan, Trans Action president, told Metro: “There is an organised group of criminal gangs who specifically target the transgender community because they are more vulnerable.

“They’re involved not only in the sexual exploitation of the transgender community but they extort money from them. They are seen as weak and easy targets.”

Jan—the first person in Pakistan to be issued with a non-binary passport—told the Dawn newspaper that officials are yet to investigate the attack despite repeated requests, and have failed to arrest the “influential” perpetrators.

The crime was reportedly only logged after members of the trans community staged a protest.

In 2018, the Pakistani parliament introduced legislation guaranteeing transgender people basic protections and human rights, but Jan says that “the progress and implementation is almost nil.”

“The violence is high on the ground but the prosecution and conviction rate is zero, she told Metro.

She added that attacks like the one Shakeela was subjected to regularly take place throughout the province of Khyber Pakhtunkhwa.

“We see a large number of people who either pay money or don’t and they are killed or tortured,” she said.

Since 2015, 64 transgender people have been killed in the province while more than 600 have been tortured, Jan added.