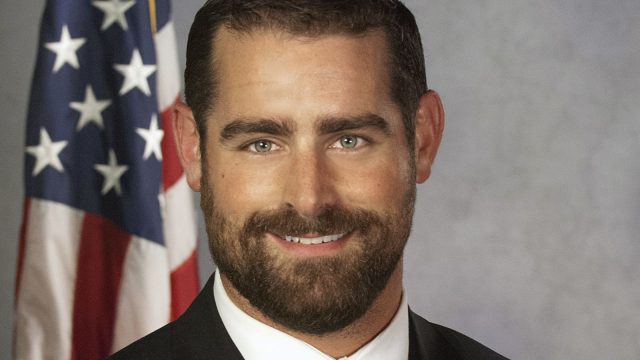 In what can only be described as a gross violation of the code of conduct befitting a member of the Pennsylvania General Assembly, new member Brian Sims (D-Philadelphia) openly harassed an elderly pro-life woman praying outside a Planned Parenthood in his district. Not only did Sims, the first openly (and rabidly) gay representative behave like a threatening bully, but he may have committed a crime. According to the Pennsylvania code, criminal harassment is defined thus:

A person commits the crime of harassment when, with intent to harass, annoy or alarm another, the person: (1) strikes, shoves, kicks or otherwise subjects the other person to physical contact, or attempts or threatens to do the same; (2) follows the other person in or about a public place or places;

It seems obvious that Sims’ intention was to chase this woman away from a public sidewalk where she was legally allowed to stand and pray. At no time does Sims ever film the woman shaming anyone, as he claims, but she is clearly walking back and forth holding a rosary and praying quietly, as you can see in the video. Sims claims that she talks to everyone walking into the clinic and hands them things. Most likely, that’s information on other options besides infanticide. But Sims doesn’t care about the babies that don’t come out alive after their mothers walk through Planned Parenthood’s doors. Instead, he cares to harass an older woman by calling her an “old white lady” and, inexplicably, a “racist.”

There must be a code of conduct for Pennsylvania legislators that prohibits people like Sims from attacking their constituents and filming them on a public street while insulting and harassing them. Will the General Assembly take a stand against this outrageous behavior and censure Sims? They should. And the woman who steadfastly stood there and took this abuse from her elected representative should win some kind of award.

The scariest part of this encounter was the absolute hate spewing out of Sims’ mouth at this woman, who stood there alone, saying nothing as a large man intimidated and followed her every move. Remember when Hillary Clinton claimed that Trump “stalked” her onstage during a debate? Imagine if he had confronted her on the street like this! They would have called the National Guard!

First, Sims claims that the Planned Parenthood he’s in front of is one of the “most heavily protested Planned Parenthoods in the country,” before panning over to show the viewers a lone woman praying at the curb. From there it gets cringe-worthy, as the hatred and malice come spewing out of his untrained mouth.

“She’s an old white lady who is going to try to avoid showing you her face,” he says to his live audience while trying to shove his camera around her body to reveal her identity. “You’re allowed to be out here,” he continued, “but that doesn’t mean you have a moral right to be out here.”

That’s rich. A guy defending killing unborn babies is suddenly the voice of morality as he yells and shames his elder. He then goes on to call her “disgusting” more than once and continues his ranting for over seven minutes while harassing her with his menacing presence and intrusive camera. It’s enough to make you wonder why CNN isn’t running wall-to-wall coverage exposing this young whippersnapper who was disrespecting an elder at a protest — except this elder is white and the harasser is a member of the protected LGBTQWTF crowd so…nothing to see here!

At one point, Sims uses his status as a representative to dissuade her from calling for help from the police, whom he claims he “knows” because he’s an elected official. He taunts her to call the police because he knows them, he says, and they’ll side with him. Whoever his mentor in the General Assembly is needs to take him by the collar and explain that his job comes with responsibility and not a license to intimidate and harass the public. Watch the whole video and then send this article to Democratic Leader Frank Dermody (contact form here) and ask him to rein in this out-of-control newbie who is running around town making an ass out of himself and embarrassing the great state of Pennsylvania. Here he is “welcoming” Vice President Mike Pence to Pennsylvania last year:

OFFICIAL WELCOME: @MikePenceVP let me be the first to officially welcome you to the City of Brotherly Love and to my District! We’re a City of soaring diversity. We believe in the power of all people: Black, Brown, Queer, Trans, Atheist, & Immigrant. So…get bent, then get out! pic.twitter.com/G9eLrXgeVn

If the General Assembly does not act to stop this maniac, then the next thing coming down the pike is going to be feeding pro-lifers to zoo animals for entertainment. That’s where this is going. The open harassment of Christians must be stopped or it will end with blood at the hands of these hate-filled bigots without boundaries. He actually encourages everyone watching the video to go out and confront any protester they see at a Planned Parenthood abortion mill. Did he call for criminal harassment? It sure sounds like it.

Shame on you, Brian Sims. And shame on anyone who thinks that publicly berating people who don’t think like you is a “right.” Chasing people out of public restaurants, sidewalks, plays, or anywhere else because you think they don’t have a right to exist is harassment. It’s especially ridiculous coming from people who claim to be the victims of just such crimes (of which they can never show any proof), claiming the “religious right” wants to deny them their existence. But I ask you, are gays chased out of restaurants? Are they berated in public, on camera to the sounds of adulation from an adoring Twitter crowd? The only time Christians ever try to stop gays from doing anything is when they want to teach our elementary students dangerous and unscientific nonsense about gender, and we can’t even successfully do that! So who are the marginalized again? Who are the victims of hate? It’s certainly not the gays. They’re untouchable. But “old white ladies” better watch out. You’re next up on the “approved for violence” list.

Who will stand up to this self-righteous elected bully who thinks he can do whatever he wants without consequence?