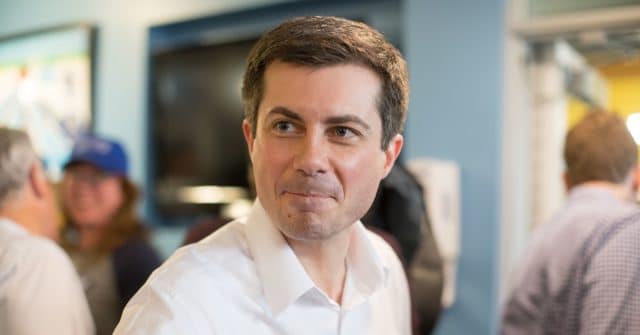 The six leading Democratic presidential candidates would beat Donald Trump if they went head-to-head in a general election, including openly gay candidate Pete Buttigieg, a survey has found.

The poll, conducted by Quinnipiac University, suggested Buttigieg would win 47% of the popular vote, while Trump would win 42%.

The 37-year-old mayor of Sound Bend, Indiana, set out a liberal agenda as he launched his presidential campaign earlier this year, calling out “violent white nationalism rearing its ugly head” and setting out plans for economic reforms to boost smaller post-industrial cities.

Former Vice President Joe Biden had the biggest lead against Trump, with 53% of the vote to Trump’s 40%.

The Democratic candidates performed better among women, Black and Hispanic voters, as well as voters under the age of 49.

“The head-to-head matchups give this heads up to President Donald Trump’s team: Former Vice President Joseph Biden and other Democratic contenders would beat the president if the election were held today,” said Tim Malloy, assistant director of the Quinnipiac University Poll.

“It’s a long 17 months to Election Day, but Joe Biden is ahead by landslide proportions.”

More than 80% of Black respondents said they would vote for the Democrat in the election, except for Buttigieg.

The 37-year-old Indiana mayor got 74% of Black voters, with more saying they wouldn’t vote or don’t know who they would vote for, if he were the candidate.

Hispanic voters were more likely to say they didn’t know who they would vote for when asked about less-known candidates.