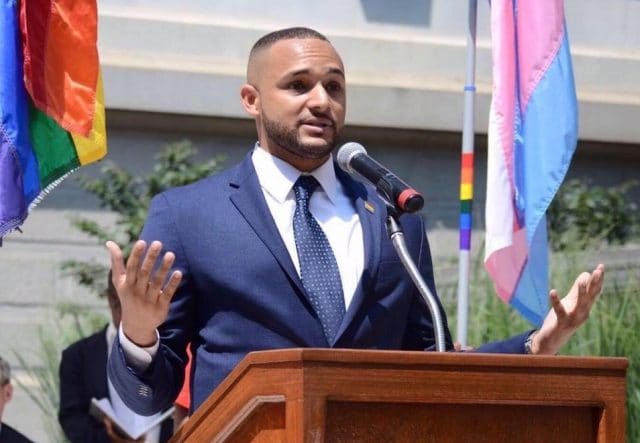 A 27-year-old man who was Philadelphia’s first openly gay deputy sheriff was found dead in his office last Friday (June 7) from what is believed to be a self-inflicted gunshot wound.

He was found dead at his desk two days before the Philadelphia Pride parade.

“This is a tragedy for the Sheriff’s Office, Deputy Austin’s family and the local LGBTQ community,” said Sheriff Jewell Williams, in a statement released by the Philadelphia Sheriff’s office.

“Dante was a person who believed in and cared about everybody,” said Williams.

“He had the highest score on the Deputy Sheriff’s exam when he was hired in November 2013. He was our first openly gay deputy sheriff and we promoted him to become our first LGBTQ community liaison in May 2017. Dante was scheduled to be promoted to Sergeant on July 1, 2019.”

Austin was also an Army veteran.

On Friday, the Sheriff’s office closed at midday and the rainbow flag outside Philadelphia’s city hall flew at half mast.

While officials believe that Austin died from a self-inflicted gunshot wound, they are waiting for confirmation from the Medical Examiner’s Office.

Austin had previously worked with Michael Grossberg and the Delaware Valley Legacy Fund, which is an organisation providing funding to LGBT+ nonprofits.

“I think the LGBT community in Philadelphia has struggled with issues of race and issues of equality and having leaders like Dante in our community was really fundamental,” Grossberg said.

The Mayor’s commission on LGBT+ affairs in Philadelphia also released a statement.

“Dante worked tirelessly, always, to lift up the most marginalised among us, to secure safety and protection for the most vulnerable, and to serve his community with unparalleled dedication and a warmth and generosity that moved so many of us,” it read.

“Dante’s legacy is one of boldness, bravery, compassion, and an unfailing commitment to a kinder and more just world for all. As we move forward in mourning and honouring our friend and colleague, may we cherish and celebrate the ways he changed us, improved our city, and protected and saved lives.”