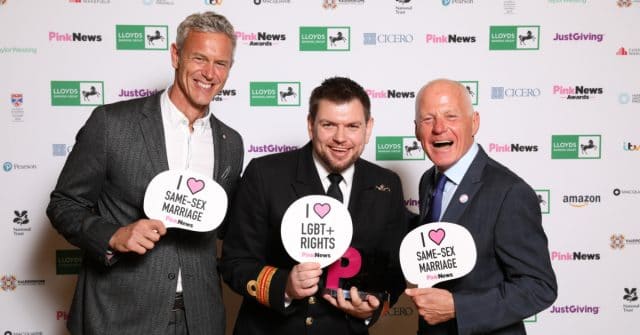 PinkNews is pleased to announce the first nominees for the PinkNews Awards 2019.

Our esteemed panel of judges has selected 10 nominees for this year’s Public Sector Award, which recognises the work of public sector employers to improve LGBT+ equality for both their employees and the wider community in the last year.

This year’s nominees span organisations across government, education and public safety. The nominees were first announced on Thursday (June 13) at PinkNews’ summer reception in Edinburgh by the Scottish Minister for Older People and Equalities, Christina McKelvie.

The nominees this year include the Welsh government, Leeds City Council, De Montfort University and last year’s winners, the Royal Navy and the Royal Marines. The winner will be announced at the seventh annual PinkNews Awards in London on October 16.

The full list of nominees for the Public Sector Award are:

The PinkNews Awards 2019 is supported by Amazon.