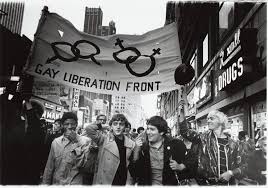 Pittsburgh, PA- Tomorrow, Tuesday, June 25th at 9:00 a.m. on the City-County Building’s Portico, City Councilperson Erika Strassburger and Council President Bruce A. Kraus will stand in solidarity with community leaders to honor the 50th anniversary of the Stonewall Riots, a landmark event in the struggle for LGBTQIA+ rights.

Also, Councilperson Strassburger, Council President Kraus, and the City’s Commission on Human Relations will announce the introduction of legislation to strengthen local protections against discrimination based on sex, sexual orientation, gender identity, and gender expression.