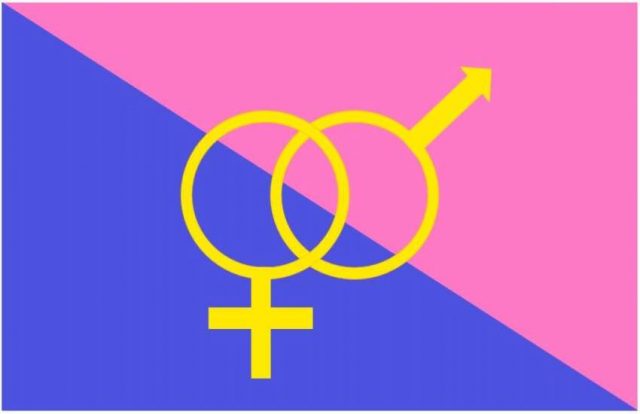 A ‘Straight Pride Parade’ in Boston, Massachusetts, has been proposed by three men for this summer.

The trio call themselves Super Happy Fun America. They claim to advocate ‘on behalf of the straight community,’ complete with flags, posters, and Brad Pitt as their ‘mascot.’

Last week, the club’s vice president, Mark Sahady, claimed on Facebook Massachusetts officials were ‘working with them.’ However, city officials have since dismissed this.

‘We are disappointed that the [Mayor Boston Martin J.] Walsh administration has chosen hate and discrimination,’ .

‘Therefore, we have decided to launch a campaign to educate the public, politicians, and civil servants about the straight community and the unique problems we face.

They added: ‘We have determined that a parade would be the best way to promote our community and its diverse history, culture, and identity.’ 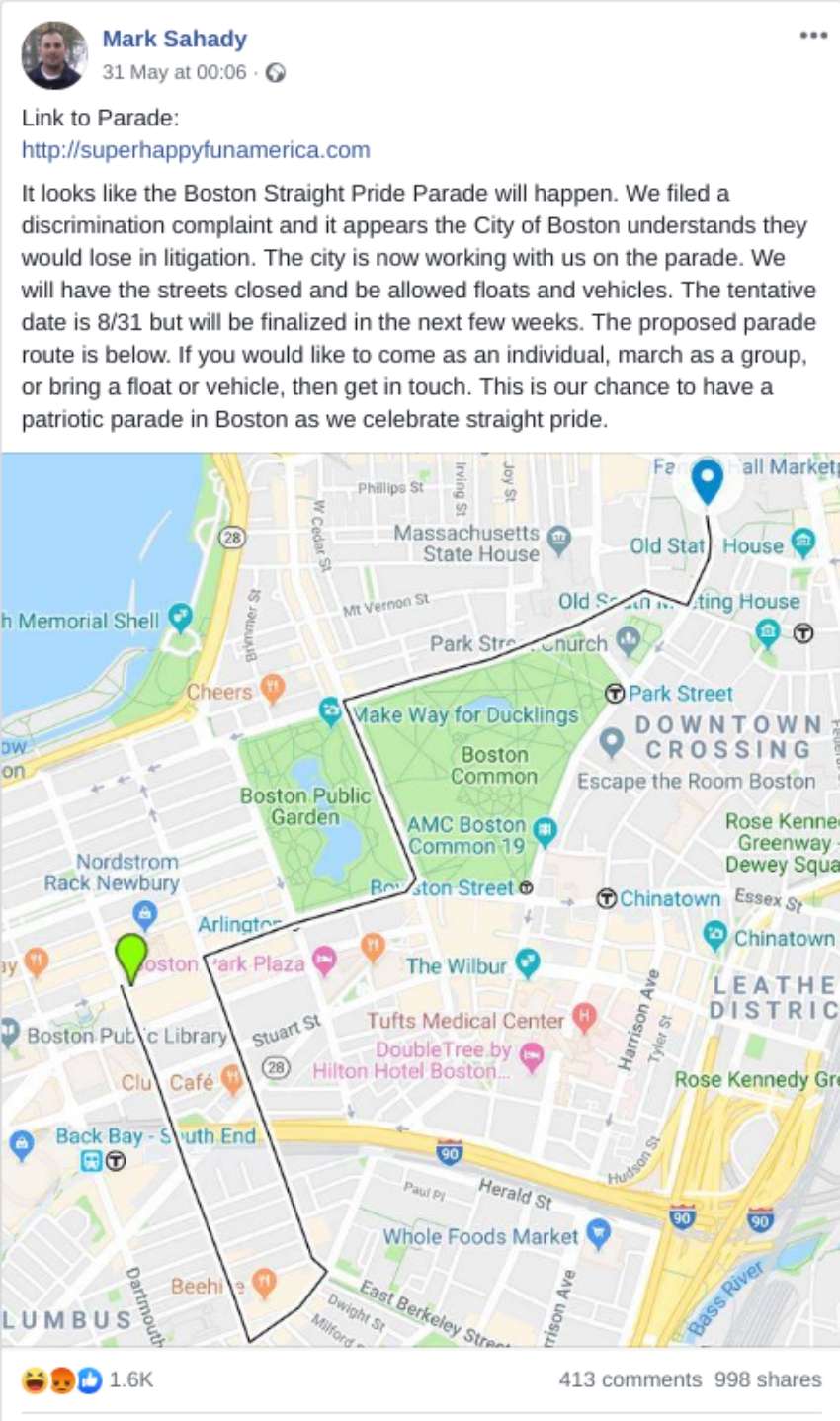 The group said the one-day event will consist of a parade which will follow the same route as June’s Boston Pride Parade.

Alongside the route (starting at Copley Sqaure and finishing at City Hall Plaza) they requested the same ‘accommodations’ afforded to the annual event. This includes street closings, and permission for vehicles and floats.

Moreover, a ceremony, during which organizers will raise a ‘straight pride flag’ and speeches read, will follow the march.

Sahady posted a link to the group’s website and the proposed parade route on his personal late last month, writing, ‘it looks like the Boston Straight Pride Parade will happen.’

But he claimed the group filed a discrimination complaint and the city, ‘understands they would lose in litigation.’ He slated a tentative date is August 31.

However, city officials have since clarified that while the group contacted the city, they have not received permits, .

The organization is led by three men and helmed by President John Hugo, according to its website.

Hugo ran for US Congress in 2018 as a Republican, but Democratic incumbent Katherine Clark defeated him.

Previously, , Hugo said that straight people are an ‘oppressed majority’ and thus need an outlet to be themselves.

Sahady is a member of the right-wing group Resist Marxism, according to Massachusetts outlet

While its third member is the group’s resident ‘gay ambassador,’ Chris Bartley.

‘[Bartley] became involved in the straight pride movement after being ostracized from established advocacy groups for merely suggesting that straight people be afforded equal rights,’ .

Gay Star News reached out to both Mark Sahady and Chris Bartley for comment.

The news took Twitter by storm, with hundreds of LGBTI people commenting on the proposal:

Boston’s Pride Parade will take place on 8 June under the theme The route stretches across downtown Boston.

The theme marks the 50th anniversary of the Stonewall Riots with the aim of encouraging the LGBT+ community to reflect on its ‘challenges and incredible victories,’ .

Democrat and Boston City Mayor Walsh said in a statement that the scheduled Pride events are about ‘Boston’s values of love and inclusion, which are unwavering.’