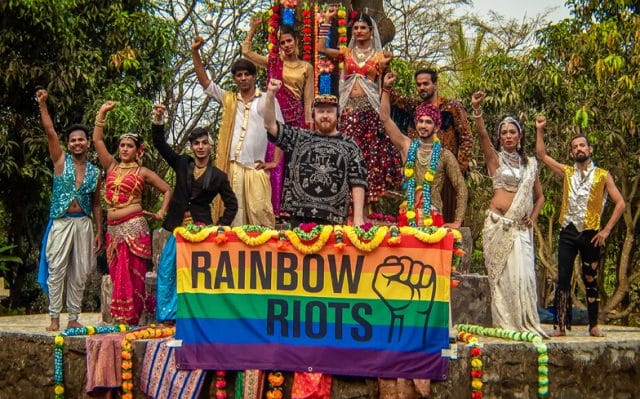 It marked the fist step in India to move towards full equality for the LGBTQ community there, as well as continuing to change social attitudes towards LGBTQ people.

Rainbow Riots India is a new album of music featuring LGBTQ artists from India to keep pushing that agenda forward by giving a platform to visible role models.

Written and produced by Rainbow Riots founder and creative director Petter Wallenberg, work on the collection actually started two years ago before Section 377 was torn down.

Wallenberg worked with a number of LGBTQ artists from India, which you can see first here on Gay Times in this short film Never Look Back.

There are also the Dancing Queens, India’s first transgender-led dance group consisting of Hijras, trans women who continue to face discrimination but are also believed to have divine powers.

India’s first LGBTQ choir, Rainbow Voices Mumbai, have also contributed to the album, along with High Heel Hotties, an Indian gay dance group who rebel against conservative gender roles by mixing choreographies of both Bollywood and Beyoncé which wearing high heels.

“With this album I wanted to create something completely new, and mix my musical roots of Western club music, rap, pop and soul with Bollywood sounds and classical indian influences,” explained Wallenberg. 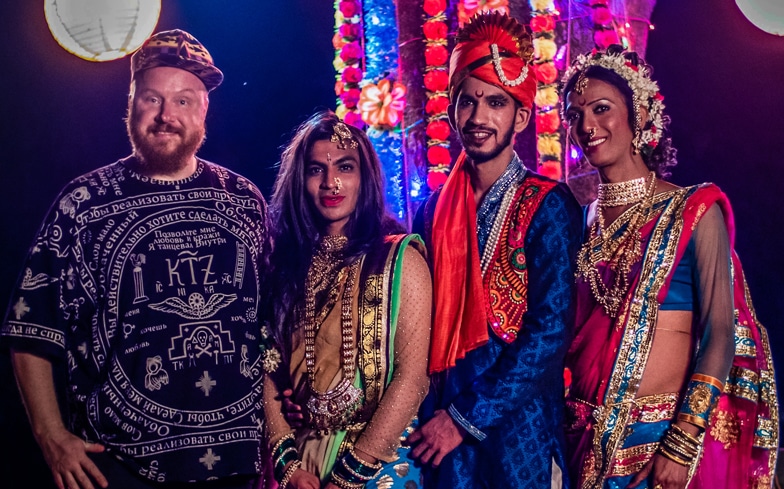 The album will be launched later this week with a live concert at the Kashish Queer Film Festival, South East Asia’s first queer film festival, in Mumbai.

Singers and dancers who have worked on the project will bring the collection of music to life of the stage.

They will then take the live show to Sweden in August to perform on the main stage at Stockholm Pride.

“The battle for full equal rights is not over yet,” Wallenberg added. “The abolishment of 377 was just the beginning. Now India’s LGBT people have to fight for equal marriage rights, protection against discrimination, and so on.

“This is not going to happen overnight, but I believe we can make a difference if we use our voice.”

Rainbow Riots India will be released on 14 June.