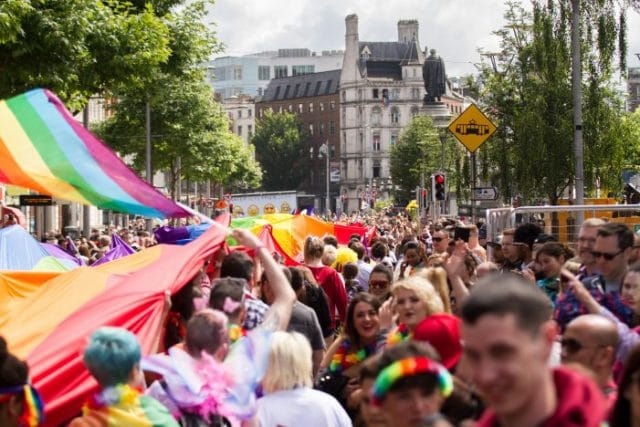 In 1974, Dublin, Ireland hosted a one-day festival celebrating the LGBTQ community. This one-day event has now grown to a ten-day event and serves as an annual celebration of the social and political progress that has occurred within the LGBTQ community. The festival also serves as a reminder of the things that still need to change, and work that still needs to be done.

Declan Flynn, a 31-year old gay man, was attacked and killed in Fairview Park in September 1982. Five male members of a gang were arrested for his murder. None of them were convicted; they walked free. They received a guilty verdict on the charge of manslaughter, but received a suspend sentence from Mr Justice Seán Gannon, who said they would serve life sentences if they got into trouble again.

“One thing that has come to my mind is that is that there is no element of correction that is required,” Judge Gannon said. “All of you come from good homes and experienced care and affection.”

Flynn’s murder was part of a larger series of harassment and mistreatment of the LGBTQ community. Following the release of the gang members, the community held a march protesting the violence that gay men and women had faced in the recent years.

Nine hundred people marched from Liberty Hall to Fairview Park for the protest. It was organized by the Dublin Lesbian & Gay Collective. The following June, the National LGBT Federation organized the first official Pride parade.

Last year 60,000 people marched in the pride parade, and hundreds more watched from the sidelines.

Here are some photos from recent Pride Parades: 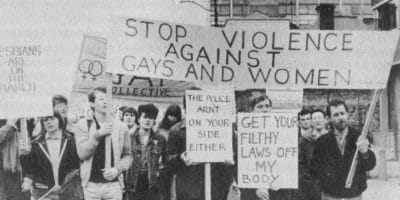 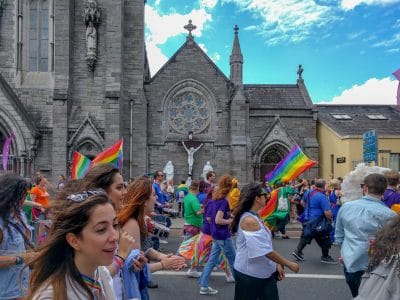 People marching in front of a church in Dublin gay pride, June 24 2017 Shutterstock 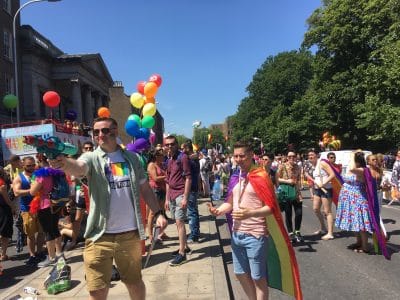 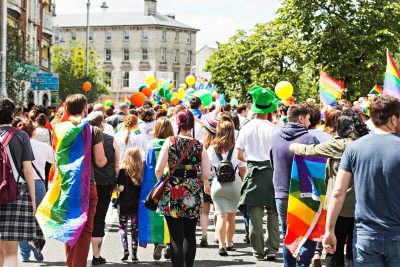